10 Awesome Backyard Makeover Ideas for Homeowners on a Budget 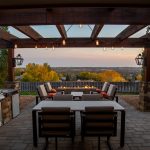 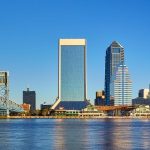 Table of Contents hide
1. Lake Michigan
2. Martha’s Vineyard
3. Florida Keys
4. Lake Havasu
5. Lake Placid
Bonus: Boundary Waters Wilderness Area
FAQs
Q: What state has the best boating?
Q: What is the boating capitol of the United States?
Q: Where to live if you like to sail?
Q: What should I bring when boating?
Explore The Best Boating Destinations & Boat Storage
Comments

One of the best places for boating in the United States, Lake Michigan supports an impressive array of aquatic life. These waters are cold and deep and subsequently rich in oxygen. This chemical makeup, along with Lake Michigan’s clear and algae-free water provides lake trout, yellow perch, lake sturgeon, muskellunge and several other species a home.

This diverse and illustrious wildlife community has and continues to bestow great opportunities to Michigan anglers and out-of-state sportsmen. Popular species targeted in Lake Michigan include trout (rainbow, brown, lake) walleye, perch and bass (largemouth, smallmouth), as well as the elusive coho and chinook salmon, both of which were successfully introduced in the 1960s.

Boating and fishing on Lake Michigan have a storied and coveted reputation. However, this reputation has not formed without repercussions. Overfishing, invasive species and anthropogenic sources of pollution have been threatening Lake Michigan for years. Today, invasive zebra and quagga mussels are directly changing the distribution of nutrients in the lake, while overfishing is drastically affecting the population numbers of several aquatic species.

All of this is to say, Lake Michigan is one of the best boating destinations in the United States and it will continue to be if anglers, boaters and tourists work together to ensure the lake and its resources are being used respectfully. To learn more about what you can do to make sure you leave Lake Michigan better than you found it, visit the Schlitz Audubon Nature Center.

A number of harbors and marinas provide fishing boats year-round access to Lake Michigan. However, peak fishing season normally runs from April to May. During this period, anglers have the best chance of catching salmon.

In addition to being a freshwater fishing paradise, Lake Michigan also supports an impressive shoreline. This shoreline, which is 1,638 miles long, is made up of embryonic and subsequent dunes, several tourist sites and a human-made boardwalk. The lake itself is 307 miles long and the second largest of the Great Lakes.

A popular summer colony, Martha’s Vineyard offers vacationers the chance to enjoy one of the best places for boating in the U.S.A. The island’s stunning shoreline and beautiful beaches support a loyal sailing community. After all, the best view of the area is only available by boat. Surrounded by Vineyard Sound, Nantucket Sound and the Atlantic Ocean, harbors and marinas around the island are flooded with boats, cruisers and charters every year from May to August.

Of course, boating in Martha’s Vineyard requires a seafaring voyage in of itself. Most vacationers visiting the island either set sail from Newport, Rhode Island, or somewhere along the east coast of Massachusetts. However, if you are looking to rent a vessel once you arrive on the island, there are several ferries that will provide transport from the mainland to Martha’s Vineyard.

Sailing is the most popular activity practiced on the waters of Martha’s Vineyard. However, the island also supports a dedicated community of fishermen, beachgoers and watersport enthusiasts. Back on land, the island also offers an impressive array of state parks, lighthouses, beaches and historic sites. Popular attractions include South Beach State Park, Manuel F. Correllus State Forest, the West Chop Lighthouse and the Martha’s Vineyard Museum.

After a long day on the water, visitors can also explore the island’s culinary scene. Popular restaurants offering a thematic seafood experience include Larsen’s Fish Market, The Seafood Shanty, The Net Result and Lookout Tavern. At some places on the island, you can also bring in your own catch and the kitchen will cook and clean it themselves.

Overall, Martha’s Vineyard is a family-friendly island that offers access to one of the best places for boating in the USA. The island is 20 miles long and 10 miles wide at its widest point.

The Florida Keys is in many ways the opposite of Lake Michigan. Where the lake is cold, deep and populated by schools of freshwater fish, the Keys are warm, relatively shallow and a saltwater fishing paradise. These warm waters support populations of tarpon, permit, bonefish, sharks (lemon, bull, nurse, blacktip, and hammerhead), as well as several species of snapper and grouper.

This large array of sport fish has popularized the Florida Keys as the sportfishing capital and one of the best boating destinations in the United States. Popular saltwater fishing sites in the Keys include Islamorada, Marathon, Big Pine Key, Fort Lauderdale, Key West and Key Biscayne.

The best time to visit the Florida Keys is dependent upon your goals. If you are looking for the best fishing you will want to visit the Keys from January through May. If you are looking to avoid hoards of people, you will want to plan your boating trip during early spring and early fall. However, if you want to fish for Tarpon and other select species you will need to brave the crowds and venture to the Keys between May and August.

A boater’s paradise, Lake Havasu will have you switching gears from fishing to watersports. A long-worshipped local hotspot, Lake Havasu’s reputation has recently elevated it to national recognition. The Arizona lake is now well known as one of the best places for boating in the United States.

The lake is a haven for water sport enthusiasts. Wakeboarding, wake surfing and water skiing are all popular activities that Lake Havasu provides access to. The lake is well known for its watersport activity largely because the lake allows individuals to experience slalom, speed or air runs while taking in the surrounding desert mountains and canyon scenery.

Wakeboarders visiting Lake Havasu will enjoy glassy conditions while riding around the lake’s various coves and main body. Prime water skiing destinations are located near the south end of the lake and include Skiers’ Island and Skiers’ Cove.

Even when boating is the most popular, portions of Lake Havasu are flat, calm and perfect for watersports. In addition, visitors also can explore Lake Havasu State Park, Havasu Riviera State Park and Lake Havasu City. The city provides access to a host of tourist attractions including Havasu 95 Speedway, a series of lighthouse replicas, and the Lake Havasu Museum of History.

Lake Placid is one of the most beautiful boating lakes in the United States. Summers on the lake feature pristine water nestled among the Adirondack Mountains. This aesthetic offers a combination of idyllic beauty and watersport opportunities.

While the lake is known as a home for various boating activities, jet skiing is one of the most popular activities practiced on Lake Placid. The lake is popular among jet skiers since individuals can explore acres of serene and expansive water and even access East Lake and Mirror Lake which connect directly to the main lake.

Other popular boating activities on Lake Placid include water skiing, freshwater fishing and tubing. In addition, Lake Placid also offers plenty of fun and entertainment for individuals looking to steady their sea legs or take a day on land.

Popular attractions in the village of Lake Placid include the John Brown Farm State Historic Site, Goose Watch Winery and the Lake Placid Olympic Museum, the latter of which is located next to Herb Brooks Arena, where the “Miracle on Ice” hockey game took place in 1980.

Talk of the best places for boating in the U.S.A. would not be complete without including some information on kayaking. Well, if you are looking for a kayaking hotspot then you need to check out the Boundary Waters Wilderness Area located in northern Minnesota. This remote recreation area is home to acres of explorable water, and every year outdoor enthusiasts complete various paddling expeditions and through-hikes of the area.

Q: What state has the best boating?

A: There are several states that consistently attract fleets of boaters. The most popular boating states include Florida, Michigan, New York, North Carolina, Washington and Massachusetts.

Q: What is the boating capitol of the United States?

A: Fort Lauderdale is the boating capital of the USA and is often referred to as the Venice of America. The city has over 300 miles of navigable canals.

Q: Where to live if you like to sail?

A: The best places to live if you like to sail include Chesapeake Bay, Maryland, Corpus Christi, Texas, and the Florida Keys.

Q: What should I bring when boating?

A: When you pack your boat bag you should include safety equipment, signaling tools and injury repair supplies. Specific items you should include are a medical kit, VHF radio, life jackets, throw ring, fire extinguisher, knife, flashlight, bailing device, anchor, oars and a diver down flag.

Now that we have discussed the best boating destinations in the United States, you are probably preparing your next trip itinerary. However, there is one other thing you should be planning as well: boat storage!

Where are you going to store your boat, jet ski or kayak during the offseason? You probably don’t want it taking up space in your backyard and your HOA might not even allow you to, so what do you do?

You choose Store Space Self Storage—your No. 1 boat storage experts!

Use our storage finder to locate the professional storage facility located nearest to you or your favorite boating destination!

12 Ways to Give Back to the Community: Holiday Edition Read More
5 Simple Steps to Start Becoming a Minimalist Today Read More
How to Winterize Your Camper: Checklist and PDF Read More
8 Frighteningly Fun Places to Celebrate Halloween in the United States Read More