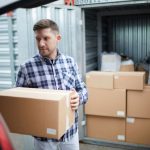 Your 4 Summer Self Storage Tips to Make Memorial Day Memorable 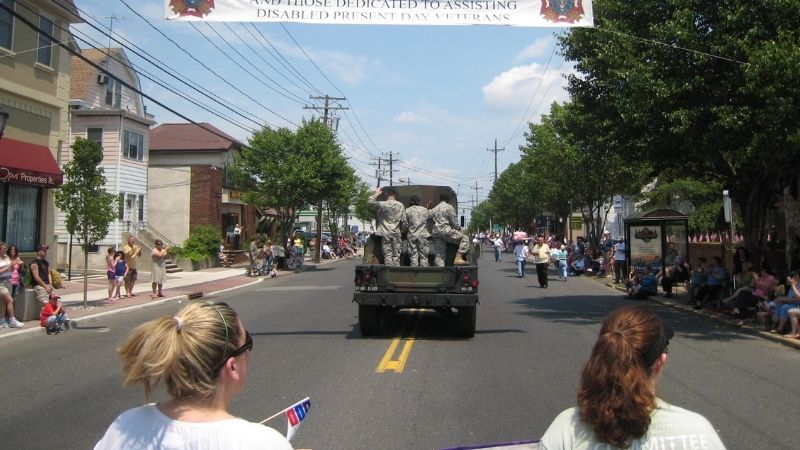 5 Reasons Why Totowa NJ is a Good Place to Live

Totowa, NJ, is located in Passaic County in northeast New Jersey. The township lies approximately 27 miles west of the Hudson River, 16 miles north of Newark and 22 miles south of the New York border. This locale has made Totowa one of the fastest-growing suburbs in New Jersey and has propelled the township to new heights as a popular destination among young professionals working in the New Jersey-New York metropolitan area.

Moving to Totowa sounds like a no-brainer, right? Well maybe, but before you pack up your belongings and search for apartments in the area, you will need to consider if Totowa is a good place to live for you. Keep reading to learn 5 reasons why we think Totowa is a good place to settle down and take a moment after reading to take part in our reader-driven poll. First, we will look at Totowa in a snapshot and explore the city’s cost of living and overall crime rating.

Totowa in a Snapshot

Is Totowa an Affordable Place to Live?

Is Totowa, NJ, a Safe Place to Live?

5 Reasons Why Totowa is a Good Place to Live

Now that you are familiar with where Totowa is located and have learned about its cost of living and crime rating, it’s time to explore the city’s finest qualities. Here are our five favorite reasons why Totowa is a good place to live:

Given Totowa’s proximity to Newark, New York City, and several other major cities, your first impression may be to write the area off as just another busy, metropolitan locale. In contrast, Totowa is generally referred to as “sparsely suburban.” Quaint neighborhoods, coffee shops and parks are all common in Totowa.

In a lot of ways, Totowa offers its residents the best of both worlds. By living in the township, you will be able to simultaneously access several major cities (and the increased opportunities they present) and secure the suburban pace of life you crave. Not accounting for excessive traffic (well, more than is naturally expected in the area), you will be able to reach your job in Newark in less than a half-hour, commute to Manhattan in about 45 minutes, drive to Brooklyn in 60, or venture down to Trenton in less than 90 minutes.

Totowa is also well known for its reputable public school systems and its proximity to an endless array of job opportunities.

Passaic Valley Regional is one of the highest-rated high schools in the area. Memorial School (PK, K-2) and Washington Park School (3rd – 8th) are two other well-rated schools in Totowa. Notable colleges and universities in the nearby area include Montclair State University, Caldwell University, St. Paul’s College and St. Peters University.

For a complete breakdown of the various public schools in Totowa, reference the table below:

Most Totowa residents commute outside of the city for work. Neighboring cities such as New York City, Newark and Trenton present diverse and hearty job markets. Most of the job opportunities located within the city limits of Totowa are in banking, retail and food services.

Totowa is a very diverse city. The city’s total population of 10,792 residents (2019) is predominately white at 72.2%. The next largest racial group in Totowa’s population is Hispanic at 15.8%. According to bestneighborhood.org, Totowa is more diverse than most other U.S. cities. The city received a diversity score of 89 out of 100 from the publication.

The table below shows a complete breakdown of Totowa’s racial distribution:

Not only is Totowa located close to the Great Falls of the Passaic River, but the town also lies in proximity to several other outdoor recreation sites. The township itself supports several local parks including Morris Canal, Pennington Park and Stefan Tatarenko Memorial Park. In addition, the Garret Mountain Reservation, Rifle Camp Park and Paterson Great Falls National Historical Park are all located near Totowa.

If you are looking to hike a trail less traveled, you can check out this guide from the New York-New Jersey Trail Conference or travel directly to Back Beach Park, Ramapo Mountain State Forest, Highlands Preserve or Ringwood State Park, all located near Totowa in Passaic County.

5. Endless Things to do

In addition to being a hotspot for local parks and outdoor recreation sites, Totowa is also full of several other things to do, see and experience. In fact, there are an abundance of museums, restaurants and nightlife spots located in and around Totowa.

The most popular museums in Totowa are Lambert Castle, the Hamilton House Museum, the Yogi Berra Museum and Learning Center, and The Paterson Museum. According to Tripadvisor.com, Spiga and Roberts Scratch Kitchen are the two best restaurants in Totowa.

The stability of a city’s economy, its educational opportunities, and population diversity are all more important characteristics to consider when deciding where to live. However, you shouldn’t discount the difference good food can make. And in New Jersey, this means, bagels and lots of them. Whether you are already a bagel lover or simply interested in tasting what all the toasted hype is about, you are in luck!

In 2017, LendEDU compiled rankings for the Best New Jersey Towns for bagels. Using a unique scoring system based from the number of bagel shops in a target area divided by the area’s population, LendEDU developed their Bagel Density Index.

According to LendEDU’s overall rankings, Totowa had one of the best scores in New Jersey and is the seventh-best bagel city in the state.

What are the pros of living in Totowa, NJ?

The perks of living in Totowa, NJ, include the city’s “sparse-suburban” feel, proximity to major job markets, educational opportunities and overall population diversity. In addition, there are also several outdoor recreation sites, museums, parks and restaurants in and around Totowa.

What are the cons of living in Totowa, NJ?

Tell us what you think of Totowa in the comments below. Whether you live here or are thinking of moving, you can find secure, premium storage units in Totowa at Store Space.

Looking to MAXIMIZE space in your TINY closet? Check out our Organizing a Small Closet blog (link in bio) for 10 easy tricks to properly store your sneakers 👟, contain your clothes 👚and arrange your accessories 🤠.