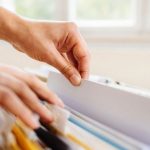 How to Organize Your Basement: A Complete Guide in 7 Ingenious Steps 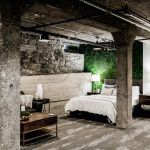 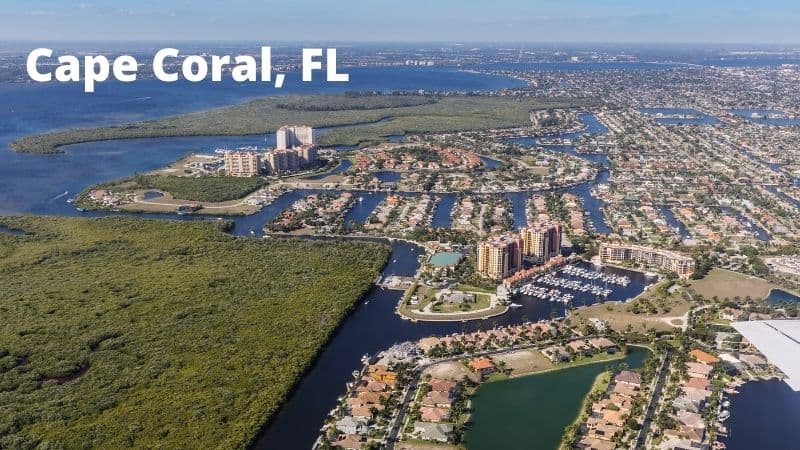 6 Reasons Why Cape Coral, FL is a Good Place to Live

Nicknamed the “Venice of America,” Cape Coral is a city in southwestern Florida best known for its expansive network of navigable waterways. These 400 miles of canals provide access to an impressive array of outdoor recreation opportunities, which, along with the city’s proximity to several beautiful beaches and parks, has made Cape Coral a popular destination among individuals looking to move to Florida.

Keep reading to learn more about the various pros and cons of living in Cape Coral, FL, and to gather information to help you decide if Cape Coral is a good place to live. Along the way, we will touch upon the Cape’s cost of living, its crime rating and other notable factors you should consider before moving to southwestern Florida. Let’s start by taking a look at where Cape Coral, FL, is located.

Table of Contents hide
Where is Cape Coral, FL Located?
Reasons Why Cape Coral is a Great Place to Live
1. Warm Weather
2. Beaches, Parks & Recreation
3. Waterfront Living
4. Above Average Education
5. Safe Community
6. A Great Place to Retire
The Cons of Living in Cape Coral
Extreme Weather Events
Less Opportunities for Singles & Young Professionals
Tourists
Cape Coral FAQs
Is Cape Coral an affordable place to live?
What are the best beaches in Cape Coral?
What do you think of Cape Coral?
Comments

Where is Cape Coral, FL Located?

Cape Coral is located in Lee County, 131 miles south of Tampa and 157 miles northwest of Miami. The city supports a population of nearly 194,000 according to the 2020 census. From 2010 to 2020, the city experienced tremendous growth, with population statistics showing a 26% overall increase in residents during this span of time.

Reasons Why Cape Coral is a Great Place to Live

There are many pros to living in Cape Coral. The city is not only ideally located for those searching for warm weather, beaches and waterfront living, but Cape Coral is also a safe city that supports several exceptional education systems.

Keep reading for a closer look at all these advantages, but first, let’s look at what positive things current Cape Coral residents had to say about their city.

The following quotes were taken from Cape Coral residents who rated their city 5 out of 5 stars on Niche.com:

The weather and climate of Cape Coral is very conducive to an active lifestyle and waterfront living. Whether you are looking to go fishing in the Gulf of Mexico, lounge by the pool or soak up the sun on Sanibel Island, the weather of Cape Coral will provide you every opportunity to do so.

The following chart displays the average low and average high temperature of Cape Coral during every month of the year:

Coinciding with Cape Coral’s gorgeous weather, the city also offers an impressive selection of beaches and parks. These beaches and parks allow Cape Coral residents to practice a host of outdoor activities throughout the year. If you decide to make the move to Cape Coral, you will be able to:

Cape Coral has more miles of canals than any city in the world. Aside from being a hub of transportation and recreation, these canals also provide the perfect environment for waterfront living. If you are looking to purchase a home with waterfront access, look no further than the many gorgeous properties available in Cape Coral.

The following table compares the rate of crime per 100k people in Cape Coral versus several other cities with comparable populations across the United States:

6. A Great Place to Retire

For years, Cape Coral has been known as one of the best places to retire in the United States. In 2021, WalletHub ranked Cape Coral as the 24th-best city to retire in, while RetirementLiving ranked the city as 4th-best in 2022.

Overall, Cape Coral’s warm weather, easy way of life and proximity to several leading medical facilities, makes it one of the best places to retire in the country.

The Cons of Living in Cape Coral

Even though Cape Coral might seem as good as it gets, no city is perfect. The following list are the “cons” most often cited by former and current residents. The following quotes were taken from Cape Coral residents who ranked their city below 2 out of 5 stars on Niche.com:

At times, Cape Coral’s weather can be just as unforgiving as it is beautiful. Sure, for the majority of the year, temperatures in Cape Coral are above 70 degrees Fahrenheit. However, the area is also prone to hurricanes and flash floods.

Hurricane season in Cape Coral runs from June through November, and the last major storm to hit the city was Hurricane Irma in 2017. According to homefacts.com, 82 hurricanes have been recorded in the Cape Coral area since 1930.

Another con to living in Cape Coral is that the city typically caters to an older audience. In 2019, it was estimated that nearly 52% of the city’s population was over the age of 45. This can make the Cape a boring place for young adults. Of course, the variety of activities that exist in Cape Coral are still appealing to all ages, but young adults usually travel to nearby Fort Myers for nightlife and to socialize with a more youthful population.

If you live anywhere in Florida, you are bound to experience some pressure from tourists, especially during Spring Break and summer. In addition, Cape Coral is also a prime spot for snowbirds who migrate to the area during winter.

These seasonal spikes in population can exhaust local resources and cause excessive traffic and overcrowding in and around the area’s popular beaches and attractions. During summer, it is not unlikely that a short 20-minute drive will become an hour trek.

This traffic is especially crippling when attempting to access the Cape Coral Bridge or the Sanibel Causeway en route to Sanibel Island.

Is Cape Coral an affordable place to live?

What are the best beaches in Cape Coral?

What do you think of Cape Coral?

Now that you have read about the various pros and cons of Cape Coral, it’s time for you to vote in our Cape Coral poll. Let us know below if you think Cape Coral is a good place to live.

In addition, if you need professional storage in the area, visit our cape coral storage facility or use our storage finder to find the facility nearest to you.

❤️Valentine’s Day❤️ is just around the corner. Make an impact with our list of Do-It-Yourself gifts! 😍🔥💘 (link in bio)

We ❤️ Milwaukee. Take a food tour via our blog (link in bio) for five iconic Milwaukee foods and where to find them. 🧀🍔🍨

☀️Everyone’s moving to the Sunshine State. (Even though alligators are found in all 67 of Florida’s counties!) 🐊

We’re happy to serve many cities in Florida and share our knowledge of the state! Check out our blog with the pros ➕
and cons ➖ of moving to Florida. (link in bio) 🌴🏖️😎

❄❄❄What are your winter plans? Whether you want to spend time in the snow or soak up the sun—check out our blog for a list of the best winter getaways (link in bio). Shown here: Park City, UT; Lake Tahoe; New York City; Breckenridge, CO; Stowe, VT. #storagethatcares #storespace #staycation #getaway #wintervacation #wintergetaway #laketahoe #breck #parkcityutah #stowe #nyc ...