We Tested 6 Clever Storage Ideas & You Won't Believe The Results! 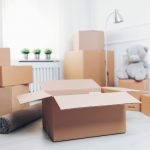 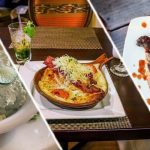 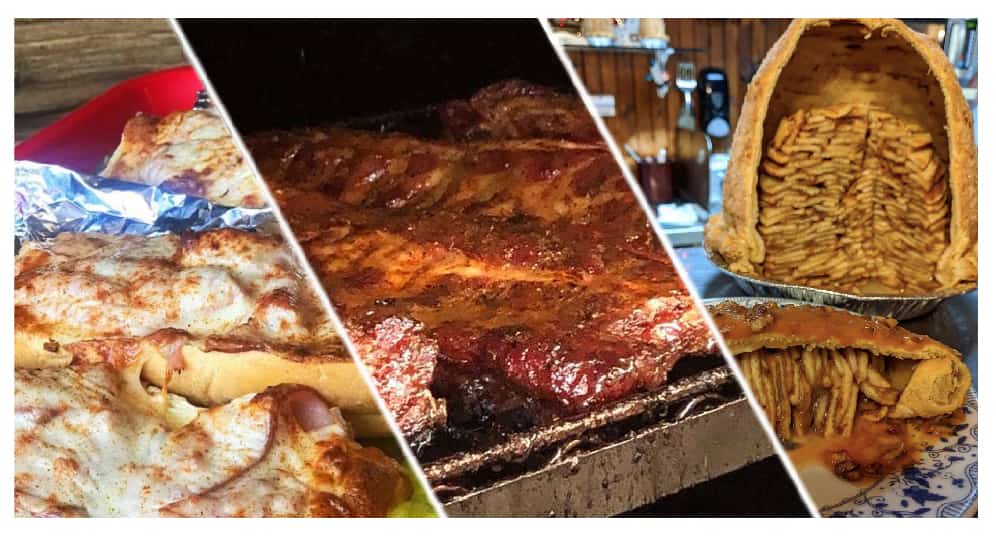 An Eating and Dining Guide of Iconic St. Louis Food 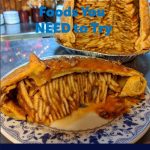 As the Gateway to the West, St. Louis is no stranger to visitors from afar. The good news for foodies is those visitors brought with them a wide variety of cuisines, which the locals embraced and improved upon, creating a uniquely Midwest menu of St. Louis food staples simply known as “St. Louis-Style.”

There are also several creations unique to the region that, while often imitated, need to be savored in St. Louis to get the complete gustatory experience. Breakfast to dinner, below you’ll find some St. Louis-Style highlights, as well as our suggestions for cool places to eat in St. Louis at some of the region’s notable and popular spots.

What Food is St. Louis known for?

Toasted Ravioli from St. Louis, or as the locals might say, “Toasted Ravs”

From Italian to ribs to pizza and several other standouts, the St. Louis food scene is known as the home to multiple types of cuisine:

While the rest of the country may continue to argue, there’s little debate in St. Louis about what region produces the best barbecue ribs. The city is known for its special, rectangular cut of spare ribs, which are typically dry rubbed, then grilled and served with sweet and sticky BBQ sauce. Many of the top smoke houses take their cues (sorry) from the best barbecue around the country, then use their local know-how to turn them into something uniquely St. Louis.

What is the difference between St. Louis BBQ and Kansas City BBQ?

St. Louis barbecue is very similar to its cross-state cousin from Kansas City, but is often focused on pork spare ribs rather than multiple meats. KC-style sauce is typically a little sweeter and the meat tends to be slowly smoked, while St. Louis is often grilled and slightly less sweet.

Start with Pappy’s Smokehouse, winner of the Best Ribs in the Food Network’s show Top 5 Restaurants. Then, head to Sugarfire Smoke House, competitor in the 2018 World Food Championships: Best Sandwich in the World. Don’t forget about Salt + Smoke, Adam’s Smokehouse, Roper’s Ribs, Smoking Barrels BBQ or any of the other mouthwatering ribs restaurants around.

Gooey butter cake is a well-known pastry that originated in St. Louis sometime in the 1930s and no list of iconic St. Louis foods should be without it. It’s a fairly dense breakfast staple, made with cake flour, eggs, butter and sugar, then dusted with powdered sugar and garnished with fruit. The gooey-est variation includes a layer of cream cheese on top!

Served more like a coffee cake, this flat treat is available at coffee shops and bakeries around town, including Russell’s on Macklind, the Missouri Baking Company and Park Avenue Coffee Roasters locations.

For an amazing twist on this classic, try the Gooey Butter Cake Ice Cream at Clementine’s Naughty and Nice Creamery.

Much like ribs have taken on a uniquely St. Louis identity, the same can be said for the pizza that permeates the city. To qualify as a “St. Louis-Style Pizza,” there are a couple of main qualities: a square-cut, cracker-thin crust and a specially developed regional cheese.

What kind of Cheese is on St. Louis-Style Pizza?

St. Louis-Style pizza is often topped with Provel® cheese, a gooey combination of cheddar, swiss and provolone that melts easily. Provel® was created in The Hill neighborhood when locals were looking for a specific type of melty and chewy pizza topping.

Start with Imo’s Pizza for an authentic taste of St. Louis-Style pizza. The Imo family opened their first restaurant in 1964, and is now delivering their Provel®-topped pies from more than 100 stores.

Another uniquely St. Louis food originating on The Hill is toasted ravioli. Its true origins seem a little murky as multiple restaurants claim to have “invented” the dish after regular meat-filled ravioli accidentally fell into some hot oil and (waste-not-want-not) someone had the guts to try it. Regardless of how it came to be, there’s little doubt that St. Louis is the toasted ravioli capital of the world.

Some of the many restaurants featuring this fabulously fried dish include Charlie Gitto’s, Mama Toscano’s Ravioli, Mama’s on the Hill, Anthonio’s Taverna and Lombardo’s Trattoria.

Another St. Louis food creation is the Gerber Sandwich. Named after a customer of Ruma’s Deli, the Gerber consists of a half-loaf of bread, slathered with garlic butter, piled high with ham, and covered with cheese and paprika before being toasted to a light golden brown.

The original Gerber Special is served at all three Ruma’s Deli locations, along with other Ruma’s originals and signature St. Louis dishes including pizza, toasted raviolis and more.

Similar sandwiches can be found at restaurants throughout the area, including the Manchester Melt at The Gramophone, the Hammer at Joey B’s or the Lemolian at Mama Mel’s.

The St. Paul sandwich is made with egg foo yung (similar to an omelet, made with mung beans and onions) served between two slices of white bread, with condiments like mayo, pickles, lettuce and tomato, and a variety of protein and other options.

No, it’s not a typo. A chef in the Lafayette neighborhood created it in the 1940s and named it after his hometown in Minnesota. The St. Paul is still served at many St. Louis-area Chinese American restaurants, including Park Chop Suey, Kim Van Restaurant, Old St. Louis Chop Suey, Chong Fah Restaurant and many more.

A Slinger from Chili Mac’s Diner

Popular at breakfast diners, the Slinger is a concoction with hamburger patties, two eggs and hash browns, covered in chili, cheese and onions. There are multiple variations of this dish, with various meats, sauces, gravies and other options available.

Olivette Diner serves up a traditional version of the dish, while Chili Mac’s Diner has its own version (one egg, American fries). Head to Southwest Diner for their take on it, with chile instead of chili con carne.

What dessert is St. Louis known for?

While there are many great bakeries and restaurants serving amazing desserts across the St. Louis area, there are two worthy of mention. St. Louis is home to an iconic frozen custard stand, that, well, stands above the rest: Ted Drewes Frozen Custard. Plus, an apple pie that also towers in its own right, the Levee High Apple Pie.

Anyone from St. Louis will talk your ear off about the frozen custard at Ted Drewes, the namesake custard stand founded by Ted Drewes, Sr. in 1929. He opened his first St. Louis location on South Grand Boulevard in 1931, then 10 years later opened the Chippewa Street location, on a segment of Route 66.

Still family-owned, Ted Drewes has been featured on multiple TV shows and has won several awards, including the “Best Ice Cream Shop in the World” by a SoolNua marketing firm in 2017. Can’t argue with that!

The Levee High Apple Pie from Blue Owl Bakery in Kimmswick, MO, as photographed by Polyglot Foodie. Used with permission.

Also unique to the St. Louis food scene is the Caramel Apple Pecan Levee High Pie from the Blue Owl Bakery in Kimmswick. In 1993, a levee saved the small town from floodwaters of the Mississippi River and the pie was made to commemorate the event. Stacks of apples and a caramel pecan coating are guaranteed to provide a flood of flavor!

What Foods Were Invented in St. Louis?

In addition to the many dishes that were created in the St. Louis area, there are a couple of foods unique to the region.

Many of St. Louis’ unique foods originated in The Hill, an Italian neighborhood dating back to the late 1800’s. Photo by Mary Stahl, used with permission of Emily Stahl Design Co.

Our facility at 725 N 23rd St in St. Louis offers drive-up units and climate controlled storage in many sizes. Rent today and receive an Amazon.com Gift Card† up to $50 and up to 1-month free storage when you rent online!

Once you’ve had a bite, look us up when you need storage units in St. Louis (or in nearby Jennings). Store Space Self Storage has appetizingly low rates and tasty move-in promotions designed to make your mouth water. Find a location near you—reservations accepted, but not necessary!