Is Albany, GA, a Good Place to Live? Pros & Cons 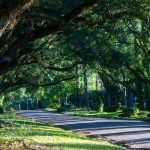 Should I Move to Houston? 11 Reasons to Confirm Your Answer (YES) 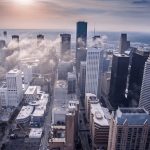 Is Amelia a Good Place to Live? Living in Ohio

If you’ve considered moving to Amelia, chances are you’ve wondered if Amelia, OH is a good place to live. Well, you’re in the right place. We’ve put together this guide to help you decide whether or not Amelia is a good fit for you.

Keep reading to find out everything you need to know before moving to Amelia, OH.

Table of Contents hide
What is Amelia like?
The History of Amelia
Cost of Living: Is it Expensive to Live in Amelia?
Safety—Is Amelia, Ohio, Safe?
Food and Entertainment
Pros and Cons of Living in Amelia
Pros
Cons
Quality of Life
Wrapping Up: Is Amelia a Good Place to Live?
Comments

Amelia is a small suburb of Cincinnati, just east of the city. The population is 5,309, a slight increase from the 2010 population of 4,786.

The History of Amelia

Many believe present day Amelia was first settled by New Englanders and an Irishman, Daniel Kirgan, who lived in Amelia in 1809. Sawmills were soon constructed, and the area around the mills became known as Milton.

In 1836, the town wanted to open a post office under the name Milton, but there was already a Milton post office in Ohio. Instead, the post office was named after Amelia Bowdoin, a tollgate operator on the Ohio Turnpike.

The Cincinnati, Georgetown and Portsmouth Railroad reached Amelia in 1878 and served the area until 1935. The Interurban Railway and Terminal Co. operated in the early 1900s and ran along the Ohio Pike.

Today, residents enjoy a small, sparse suburban atmosphere. The community is located in Clermont County and employs about 2,450 people in and around the area. The largest industries in Amelia’s economy are construction, manufacturing, health care and social assistance.

Cost of Living: Is it Expensive to Live in Amelia?

The cost of transportation in Amelia is higher than the national average, but utilities, health and grocery costs are lower.

Amelia’s crime grade is an A- according to CrimeGrade.org. Amelia is in the 80th percentile for safety, which means that 20% of cities are safer and 80% are more dangerous. The rate of crime is 16.64 per 1,000 residents per year.

The chances of experiencing a crime can be as high as 1 in 47 in the most dangerous areas of Amelia—typically the southwest neighborhoods. Amelia’s crime grade is similar to that of other cities with about the same population size.

Although Amelia is small, there is still plenty to do in town and in nearby areas. Find fun outdoor experiences, historical sites and a range of different cuisines and food choices.

There are a number of parks and outdoor spaces in Amelia. Check out local parks for walking paths, athletic fields and playgrounds. Golfers won’t be disappointed with the clubs and courses nearby. Plus, East Fork State Park is only a short drive away. This park is 4,870-acres, offering everything from archery to boating to cross-country skiing.

For some family fun, step back in time at the Starlite Drive-In. Enjoy some popcorn, turn on the radio and watch a feature film on the big screen. Or, check out the Tri-State Warbird Museum in nearby Batavia, to view and learn about the aircraft from WWII.

As a suburb of Cincinnati, Amelia isn’t too far from the big city, so there are even more attractions and entertainment nearby. All the fun and action of Coney Island Park is less than 20 minutes away.

The community is also home to a number of incredible dining experiences. Check out Don Rigo for delicious Mexican food, Sakura Japanese Grill for incredible eats, Poochie’s Place for a classic diner atmosphere, or Campbells Barn Restaurant and Saloon for classic, southern cuisine.

Pros and Cons of Living in Amelia

The low crime rate in Amelia definitely attracts residents as well. With an A- crime grade, there are few cities that are safer than Amelia (only 20% of cities are safer). Amelia is about as safe as other areas with a similar population size, and has a lower crime rate than surrounding cities.

The proximity to Cincinnati is also a major draw; The Queen City is about 30 minutes away.

There are more homeowners than renters in Amelia (63% to 37%), and rent is actually slightly higher than the national average ($1,179 compared to $1,062). This could be a potential con if a future resident was looking to rent instead of buy.

The climate in Amelia, OH, could be considered a con. Cold and snowy winters can make driving and commuting difficult during part of the year.

Amelia offers residents a small-town atmosphere with convenient proximity to a big city. With many community events, local businesses and large neighborhoods, Amelia has become a popular, family-friendly suburb of Cincinnati.

Amelia offers a variety of entertainment opportunities, including outdoor activities and historical sites. Residents can also try the variety of restaurants and eateries in the area. The community has attractions of its own, but the short drive to Cincinnati brings even more entertainment options to choose from.

Wrapping Up: Is Amelia a Good Place to Live?

Only you can decide if Amelia is your next move, but hopefully, this guide has helped you come to a decision.

Amelia is a great place to live—with a very low crime rate, low cost of living and close proximity to the city of Cincinnati.

The cost of transportation, higher than average rent prices and the weather are things that may deter people from moving into the area.

Whether you decide Amelia is the place for you or not, check out Store Space for all your self-storage needs. We offer easy Touchless Rentals online or by phone, or stop by one of our facilities to speak with our storage professionals.