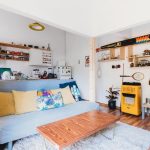 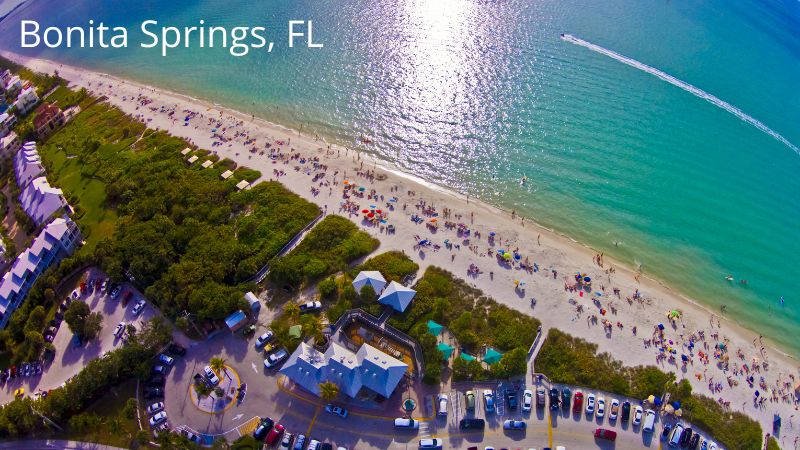 Is Bonita Springs a Good Place to Live? Moving to Florida’s Gulf Coast

We at Store Space have been in Bonita Springs since the start, so we want to share some of our local knowledge for anyone new to town, considering a move, or merely curious about this gem on Florida’s Gulf Coast.

This article will touch on the area’s history, recent growth trends , cost of living and crime, as well as things to do in the “Gateway to the Gulf,” so you get a taste of what it’s like living in Bonita Springs, Florida.

According to the Bonita Springs’ history page, the area around Bonita Springs has long been inhabited, with archaeological discoveries dating back more than 8,000 years. It wasn’t until Ponce de Leon sailed into the region in 1513 and made contact with the Calusa people that Europeans first became aware of the area.

But because of its remote southwesterly location, the area wasn’t even on the map until the Corps of Engineers surveyed the area in the 1870s, giving it the less-than-marketable name of “Survey.”

Within the next three decades, homesteaders started trickling in. By 1901, there was a post office, by 1910 a hotel, then the railroad came down from Fort Myers, followed closely by the Tamiami Trail. At some point, the local Marketing Department decided Survey wasn’t very enticing, so they came up with the descriptive Bonita Springs.

Early travelers through the area might have stopped at The Reptile Gardens (est. 1936, now known as Everglades Wonder Gardens) or the Naples-Fort Myers greyhound racetrack (1957), but the town was still relatively small and quiet until the 1980s and ‘90s when developers started building. By 1999, the town voted to incorporate and the rest is history.

Bonita Springs by the Numbers

Part of Lee County, Bonita Springs has seen tremendous growth in the last decade. The population jumped 22% between 2010 and 2020.

The city is part of the Cape Coral-Fort Myers, Florida Metropolitan Statistical Area, which counted 760,822 in the 2020 census. Bonita Springs lies just over two hours south of Tampa, and a half-hour south of Fort Myers.

By road, Bonita Springs is accessible via Interstate 75, US-41 (a.k.a. the Tamiami Trail), and CR-865. LeeTran provides bus and trolley service in the city. Radio and TV broadcasts come from Fort Myers-Naples. Primary schools are part of The School District of Lee County. As of the 2021–22 school year, there were 97,360 students attending 119 schools in the district, which had an operating budget of $1.93 billion.

What is Bonita Springs Known For?

As a self-storage facility, we see lots of boats, RVs, campers and the like stored in our facility, so we can infer there are plenty of outdoor activities in the region. Even though that’s not all there is to do in Bonita Springs, here are our favorite ways to enjoy the outdoors.

Bonus: We’ve also got some of the top restaurants in the area, because everyone’s got to eat!

The first thing you think of in the area is beaches, and Bonita Springs doesn’t disappoint. Catch some sun and sand at Barefoot Beach Preserve Park, Little Hickory Island Beach Park or Bonita Beach Park.

Lovers Key State Park is popular swimming and kayaking spot, where visitors are likely to glimpse manatee, bottlenose dolphins and many types of birds. Corkscrew Swamp Sanctuary, governed by the National Audubon Society, has 17 sq. mi. of protected woodlands, and features a 1.9-mile boardwalk where visitors can view cypress and wildlife.

The Imperial River runs through town and is popular with local anglers. Common snook, Crevalle jack, and Lane snapper are the most commonly caught fish on the river, according to FishBrain.

Seafood tends to dominate the local cuisine, and with good reason. Of the many places offering seafood, Petar’s Restaurant (hidden in a strip mall!) and C Level Bistro are two of the standouts.

Lapa’s Costa Rican Bistro and El Gran Taco Loco are two highly-rated local favorites, according to Yelp reviewers. Of note, some of the restaurants take a break during the hottest time of the year, including the much-loved Wyld’s Café and A Table Apart.

There are also notable Italian restaurants in the area, including Enzo’s, one of the area’s oldest restaurants, and Angelina’s Ristorante.

If you prefer your dinner with a side of murder, check out the Seminole Gulf Railway Murder Mystery Dinner Train.

While we’ve outlined many of the positives about living in Bonita Springs, it’s also important to weigh the negatives when relocating. As the population has grown, so too has the instance of crime in the region.

CrimeGrade.org gives Bonita Springs a “C-“ meaning that crime in the city is slightly above the national average. The crime rate is 31.90 per 1,000 residents in a year. The west neighborhoods might experience crime as high as 1 in 13, while the north is considered safer, with a 1 in 61 chance of being a victim.

Are there any other Perceived Negatives About Bonita Springs?

These issues are the things that might be negative to some, but are considered neutral or at least no big deal to others. For some, the weather might even be a bonus!

The tropical climate in the area is sometimes considered a negative: be prepared for hot summers and high humidity. Data for nearby Fort Myers shows high temperatures near or above 90 F from May through September, with only a slight reprieve in the winter months where the highs are in the 70s. Lows are tolerable year-round, hovering between the mid-50s in the winter and low-70s throughout summer, with 60s the rest of the year.

As with many parts of Florida, hurricanes can be a threat to life and property. Since 2004, the area has been impacted by Hurricanes Charley (2004), Wilma (2005), and Irma (2017). The latter caused much damage, destruction and flooding in the area.

Grocery and healthcare costs are also above state and national averages, while utilities and transportation costs are slightly below the averages.

What do the People say?

Reader-generated reviews on Niche.com give Bonita Springs a 4-star rating, with none lower than 3 stars. Here are a couple of reader comments about Bonita Springs:

5-Star Review: Small quiet beach town. Locals love it, and tourists should get to know more about it. Very diverse food selection. Many restaurants are always full which means food is good quality and service is excellent. Friendly locals and beachy atmosphere give Bonita Springs the perfect vibe. — Nearby Resident, Niche.com, 2021

3-Star Review: There have been crimes in nearby cities, such as Fort Myers and Lehigh Acres, but the police have contained the crime and responded properly. The crime rate in Bonita Springs isn’t bad. There are occasional uprisings, but that is normal for cities. The police respond properly and things get taken care of. — Niche.com user, 2016

If living on Florida’s Gulf Coast is in your future, Bonita Springs deserves your consideration, especially if you’re into outdoor activities. Houses can be a little pricey, and crime is a little higher than expected, but the flipside is unlimited access to gorgeous beaches, wilderness areas, great restaurants, and lots of golf.

If you end up moving to a smaller place and need some additional storage, or want to fully embrace the area with your own fleet of boats, RVs and toys, don’t forget that Store Space has secure, affordable storage options for Bonita Springs and across the state of Florida.