Top 5 Motorcycle Trips you Must Take: Essential Rides for Every Skill Level 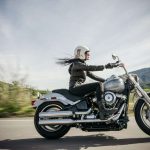 Is Orlando a Good Place to Live? 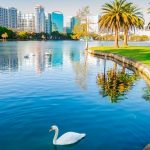 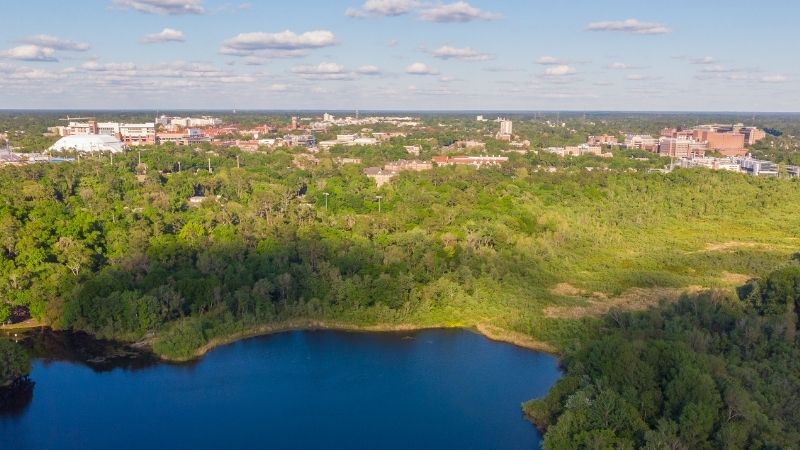 Is Gainesville a Good Place to Live? Moving to Florida

While commonly referred to as a haven for retirees and one of the best college towns in the nation, Gainesville is now attracting Americans of all ages who are wondering if Gainesville is a good place to live.

If you are considering Gainesville as your next home and are interested in moving to Florida, keep reading to gain insight into the pros and cons of living in Gainesville and learn all about “Hogtown” and the many amenities it offers its residents.

After reading this blog, you will be able to answer the following questions and decide for yourself if Gainesville is a good place to live.

Where is Gainesville Florida Located?

The city is surrounded by rural land and natural wilderness. The geography of Gainesville and its surrounding area is characterized by dense tree canopy and an abundance of evergreens, conifers and deciduous tree species. Boasting one of the most unique urban ensembles of tree species in the nation, every year since 1982 the National Arbor Day Foundation has recognized Gainesville as a “Tree City.”

What is Gainesville Best Known For?

Aside from being home to one of the densest urban arrays of botanical species in the United States, Gainesville, Florida, is also well known for being many other things: the home of the University of Florida, the birthplace of Gatorade, and one of the best places to live in Florida, to name just a few.

Additional sites, attractions and novelties include:

Why is Gainesville called Hogtown?

While a nickname that may seem better suited for a hideaway in South Texas or a BBQ restaurant in St. Louis, “Hogtown” holds historic relevance in the Gainesville area.

The name dates to a 19th century Seminole settlement that was located near what is now Westside Park in Gainesville. Prior to European expansion, the settlement supported a vibrant community of hog-raising Seminoles. However, after the United States acquired Florida from Spain in 1819, white settlers moved to the area. In 1823, the Treaty of Moultrie Creek required the Seminoles to move out of Hogtown and onto reservation land. Chief John Mico was granted a sum of $20 dollars by the United States government for honoring the treaty.

What are the Pros of Living in Gainesville?

Life in Gainesville, Florida, includes several attractive benefits. The city’s cost of living is significantly lower than the average cost of living elsewhere in the nation. Gainesville supports a host of parks, outdoor recreation sites, museums and cultural activities, and the city’s education and healthcare facilities are nationally recognized.

The following sentiments were taken from Gainesville residents who rated the city 5 out of 5 stars on Niche.com:

Is Gainesville an affordable place to live?

Within additional financial sectors, such as transportation and miscellaneous costs, Gainesville also presents an affordable cost of living. Utility, grocery and health care costs, are just about on par with the rest of the nation. The table below compares Gainesville’s cost of living with the cost of living of several other cities with similar populations.

In Gainesville, healthcare is a city-wide priority. This makes Gainesville an advantageous place to live if you are a retiree or considering raising a family. The city’s Health care facilities are nationally ranked and consistently recognized as some of the best in the nation.

The city of Gainesville is also located within a 40-mile radius of 13 additional community colleges, public universities and private colleges. Santa Fe College, another major institution, shares Gainesville with the University of Florida.

The weather and climate of Gainesville is another perk of living in the city. In Gainesville summers are long and winters are relatively mild. The average temperature in Gainesville varies between 54- and 90-degrees Fahrenheit throughout the year.

According to Weather Spark, Gainesville experiences an average of 129.6 wet days annually. This consistent precipitation can make Gainesville quite humid, but more on that later. The best time to visit Gainesville is during late winter or early spring.

If you decide to move to Gainesville, Florida, you will never run out of things to do. The city is home to a wide span of historic places, museums, parks and recreation sites. By moving to Gainesville, you will be able to:

What are the Cons of Living in Gainesville?

While Gainesville is a great place to live for many reasons, the city also has a few flaws. Overall, the city’s higher than average crime rate, uncomfortable humidity and ceaseless growth are the most common cons reported by Gainesville residents.

The following sentiments were taken from Gainesville residents who rated the city between 0 and 2 stars (out of 5) on Niche.com:

Is Gainesville a safe place to live?

The following table compares the rate of crime per 100K people in Gainesville and several other cities across the United States:

While according to these statistics and rankings Gainesville is a dangerous place to live, several parts of the city are more dangerous than others. According to CrimeGrade.org, crime rates are highest in the northeast neighborhoods where residents have a 1 in 1 chance of being a victim of a crime. The western part of Gainesville is considered the safest with 1 out of every 56 residents reporting they were a victim of a crime.

Gainesville isn’t nicknamed “the swamp” for nothing. While fall, winter and spring are quite mild in Gainesville, summers can be brutal. If you are not used to humidity or hot temperatures, you should certainly do your research before considering moving to Gainesville.

While more and more people are choosing to make Gainesville their permanent residence, the city is still deeply tied to the University of Florida. These ties are great for comradery, school spirit and community engagement. However, this dependency can also negatively affect the local economy when school is not in session.

Q: What other major cities is Gainesville close to?

A: Gainesville is located just hours from several other major cities in Florida. By car, you can visit Orlando, Tampa, Jacksonville and Tallahassee within two hours. Within four hours, you will be able to reach Savannah, GA and West Palm Beach, FL.

Q: What should I know before moving to Gainesville?

A: Before moving to Gainesville, you should know that the city is considered one of the best places to live in Florida. The pros to living in Gainesville are the city’s affordable cost of living, nationally recognized healthcare facilities, stellar education systems and endless things to do. The cons to living in Gainesville are the city’s higher than average crime rating and uncomfortable humidity.

Q: What is the closest beach to Gainesville, FL?

A: The closest beach to Gainesville, FL is located at Shired Island at approximately an hour and forty-five minutes away. Jacksonville beaches, including Ponte Vedra Beach, are also less than two hours away from Gainesville, FL.

Are you Moving to Gainesville?

Now that we have explored the various pros and cons of living in Gainesville, it’s time for you to decide if Florida is the perfect place for you to live. Let us know if you think Gainesville is a good place to live by taking part in our poll.

If you do decide to move to Gainesville, you will be in great company. Store Space Self Storage is close by. Stop into one of our premium Gainesville storage facilities to learn how you can benefit from self-storage. We have storage solutions suitable for homeowners, small businesses, and vehicles.

We will see you soon!