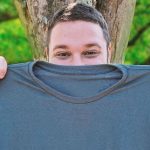 How to Store Canvas Paintings and Artwork 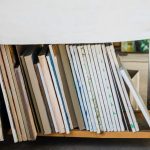 Is Norfolk a Good Place to Live? Moving to Virginia 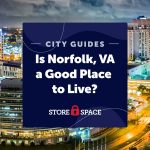 So, Norfolk is on your radar and you’re probably asking lots of questions, like, “is Norfolk a good place to live?” “Is it safe?” and “How do you pronounce ‘Norfolk’ anyway?”

We’ll get to all of those and more soon, so keep reading. Before then, here are a few things you might want to know about the region.

Table of Contents hide
History, Culture, and Population
Is Norfolk safe?
What are the bad parts of Norfolk?
Is it expensive to live in Norfolk?
What are the Pros and Cons of Living in Norfolk?
Pros
Cons
How do the locals pronounce ‘Norfolk’?
Wrapping up: Is Norfolk a Good Place to Live?
Comments

Norfolk’s roots stretch back to the early 17th Century when the governor of the Virginia Colony created four jurisdictions to develop the area. Norfolk itself, named after the English hometown of an early settler, was incorporated in 1705.

As of the 2020 census, Norfolk has a population of 238,000, making it the 3rd-most populous city in the Commonwealth of Virginia, and the 94th-largest in the United States. It’s an independent city, meaning that it’s not a part of a county.

Situated on Hampton Roads (a wide and deep channel/natural harbor at the confluence of several rivers where the Chesapeake Bay flows into the Atlantic Ocean), the economies of Norfolk and the surrounding areas are greatly influenced by these waterways. Norfolk is home to Naval Station Norfolk, the largest naval station in the world, and the military is truly the economic backbone of the region.  The area’s commercial ports are the second-largest economic driver in the region. Defense industry contractors and tourism are also huge contributors to the livelihoods of families throughout the region.

First, keep in mind that Virginia is one of the safest places in the country, ranked No. 7 in the Crime Index by USA.com. As with any major metropolitan area, there are areas of Norfolk considered more dangerous than others (we’ll talk about some of those below). Taking these areas into account, Norfolk itself is considered one of the more dangerous areas in Virginia.

That said, the crime in the city is comparable to many U.S. cities. CrimeGrade.org scores Norfolk a C+, ranking it in the 50th percentile for safety, meaning half the cities are more dangerous and the other half are less dangerous.

What are the bad parts of Norfolk?

There are several neighborhoods, primarily in the south part of Norfolk, that represent the greatest amount of crime. According to Roadsnacks.net, these include Roberts Village, Campostella, Grandy Village, Beacon Light and Coronado-Inglenook, all of which have some of the area’s highest unemployment, lowest median income, lowest population density and lowest home values.

Is it expensive to live in Norfolk?

According to data from BestPlaces.net, the cost of living in Norfolk is lower than Virginia and the U.S. as a whole. Notable savings include home prices, transportation costs and utilities.

Property values in Niche.com’s top 3 Norfolk neighborhoods—East Ghent, North Ghent and West Ghent—range from $283,329 to $375,924, well above the city’s average.

What are the Pros and Cons of Living in Norfolk?

When considering “Is Norfolk a good place to live?” it’s good to know that there are many upsides to living in the Norfolk area. The cost of living is lower than the national average, as are housing costs in the area. The military and defense industry, as well as commercial shipping, help keep the local economy afloat even in the toughest times.

The area is also home to three public universities as well as a private one. Old Dominion University is a public research university, with approximately 20,000 under-grads and graduate students on campus. The school has eight colleges and offers more than 150 degree programs.

Norfolk State University, a historically black university, has just over 5,000 under-grads and graduate students. It is one of the state’s most affordable schools.

Norfolk is also home to many performing arts complexes and hosts annual festivals and parades, mostly in Town Point Park. Revitalization efforts in downtown have brought a number of music clubs to the area, many in lower Granby Street. The Chrysler Museum of Art is considered to be the finest museum in the state, with a significant glass collection. The city’s naval presence is celebrated at Nauticus, which is also home to the battleship U.S.S. Wisconsin, which served in WWII, Korea, and the Gulf Wars.

The most significant con for the region centers around the higher crime rate than many of the neighboring communities. NeighborhoodScout.com rates a person’s chance of becoming the victim of a violent crime as 1 in 151, significantly higher than Virginia as a whole, which they rate at 1 in 482.

Public schools are not as highly rated as others in Virginia. Larchmont Elementary School, for example, is the top-rated public elementary in Norfolk, earning a B+ and a Virginia-wide ranking of 309th on Niche.com.

How do the locals pronounce ‘Norfolk’?

Even amongst the locals, there’s a little bit of dissension about the pronunciation. You’re likely to hear NOR-fik more often than not, while some of the area’s oldest residents may even say NAH-fik. Sometimes, speakers will pronounce the second part of the name with a “u” sound, which we’ll let you sound out and practice on your own.

There’s one thing they can all agree on: it’s not going to have that hard “L” sound in Nor-FOLK.

Finally, if you ever hear someone pronounce it NOR-FORK, give them a break—they’re probably from Nebraska.

Wrapping up: Is Norfolk a Good Place to Live?

If living near the water and eating crab cakes year-round has always been a dream of yours, there are fewer places more affordable and more stable than Norfolk.

The most obvious reason that people move to the area is as part of their military service, considering the area has a vast naval station, a NATO base, and much more. While large, the military presence is not the whole picture. Shipping and transportation are huge industries in the area, as are health care and defense contractors.

As with anywhere, it’s important to do your research before deciding to move and avoid some of the higher-crime neighborhoods in the Norfolk area.

Once you’re here, feel free to stop by your local Store Space Self Storage facility. With the number of rentals in the area, as well as the transitory nature of military and student life, we understand the need to have self-storage in your life from time to time.

At Store Space, our motto is Storage That Cares. For anyone in the Norfolk area, that means we will do our utmost to make finding and renting a storage unit an easy process and ensure that our customers receive affordable rates for professional, secure storage.

Check out our storage facility for storage units in Norfolk.