How To Organize Your Storage Unit 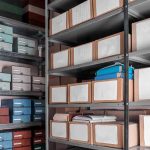 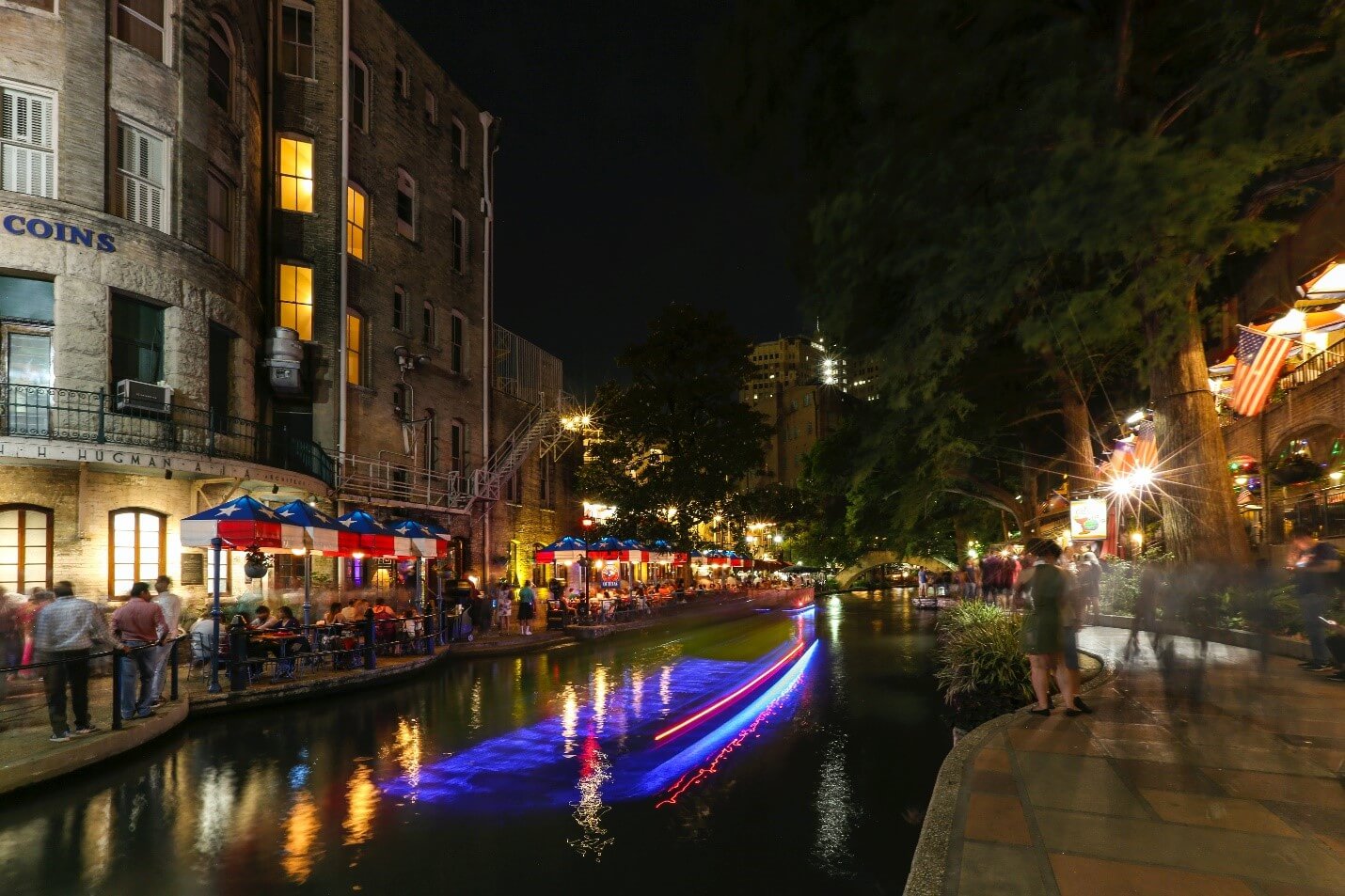 For anyone lucky enough to have visited or to call San Antonio home, you’re deep in the heart of good eatin’ country.

You’re also in a City of Gastronomy. No, we didn’t make that up—it’s a real thing, celebrating the area’s culinary history and culture, as selected by United Nations Educational, Scientific and Cultural Organization. That’s no small feat, considering there’s only one other city in the U.S. with that designation.

What does that mean for the casual diner or foodie tourist venturing out in the second-biggest city in the biggest state in the lower 48? It means you get to choose from a wide range of traditional foods, food-centric festivals, local ingredients and, well, a lot of great eats!

Here’s a look at some of the area’s top destinations, some places to find the best Mexican food around, plus a number of foods that San Antonio is known for.

From the architecture to the cuisine, our neighbor from south of the border has been one of the main cultural influences on San Antonio since priests established five Catholic missions along the San Antonio River in the 18th Century. So, it stands to reason that there are more than a few outstanding Mexican restaurants around town.

A casual Mexican eatery with two locations, Pollos Asados los Norteños specializes in grilled chicken as well as other grilled meats and burgers. The restaurant was founded in 2006 as a fundraising effort for a church in Mexico, but has become a local favorite with locations on Rigsby Avenue and Walzem Road.

La Fonda on Main offers an upscale take on traditional cuisine, with a strong emphasis on seafood. Some of the standouts on their menu include their local take on campechana (seafood cocktail), pato (duck) tacos, camote (sweet potato) enchiladas, and the arrachera al guajlillo (marinated, oak-grilled skirt steak). Be sure to save room for the churros and flan!

While Mixtli has been in the process of moving to a larger restaurant as of this writing, keep your ear to the ground for their new digs in Southtown, tentatively scheduled to re-open in Spring 2021. Chefs Rico Torres and Diego Galicia regularly rotate their menu through different themes, be it a region, a historical era or whatever challenge comes to mind. Plan for at least seven courses and approximately 90 minutes, which sounds like time well spent. Both chefs were named Best New Chefs from Food and Wine, and have been nominated for a James Beard Award.

Garcia’s Mexican Food is another low-key offering in the Beacon Holl neighborhood, just off I-10 on Fredericksburg Road. This family-run Tex-Mex restaurant is further proof that you don’t need a website to make great comfort food. Locals come for the brisket tacos, barbecue turkey leg, fideo loco (noodles in tomato sauce), chicken-on-a-stick and carne guisada (Latin beef stew), among other tasty options.

We would be remiss if we didn’t call attention to the Best Mexican Food Truck in San Antonio. That’s got to be Naco Mexican Eatery, which you can find at corner of Nacogdoches Road and Loop 410 for breakfast, brunch and lunch most days. Don’t believe us? Their resume includes Best Food Truck in 2020 (SA Current), Best Breakfast Tacos in 2021 (San Antonio Magazine), as well as SA Current finalists for Best Food Truck in 2019 and Best Salsas in 2020.

Not too shabby for a truck that was started in 2018 by Mexico City natives Francisco Estrada and Lizzeth Martinez. They are proud to serve up their scratch-made menu featuring things like roasted salsa, chorizo, Mexican brisket (cooked for more than 6 hours!) and a wide range of locally sourced organic veggies, Mexican spices and more.

Regulars rave about Naco’s chilaquiles, stuffed breakfast tacos, tortas and, well, pretty much everything. See what local foodie Eatmigos has to say on his video here.

What food is San Antonio known for?

Photo by Miguel Andrade on Unsplash

Calling chilaquiles “breakfast nachos” is akin to calling a Ferrari “just a car.” It’s not wrong, but still. Take a corn tortilla, cut into quarters, slathered in red or green salsa, fry it, layer it with crema, queso fresco, onion and avocado. While shredded chicken is a common addition, you can top it with carne asada, al pastor, chorizo, even nopalito (the grilled stem of prickly pear cactus).

Chilaquiles are traditionally served at breakfast/brunch, but taquerias and Mexican restaurants around San Antonio serve them at all hours day and night. Start with a restaurant with “chilaquil” in the name, such as Chilaquil, 312 Pearl Pkwy, Building 6, or El Chilaquil Taqueria, 1821 W Commerce St., for the most authentic.

A trio of Original Beef Picadillo Puffy Tacos, with no cheese. Photo courtesy of Ray’s Drive Inn, used with permission.

While the inventor of the puffy taco may still be in dispute, there’s no argument over the appeal of this fried treat. Just drop a flattened masa dough ball into hot oil until it starts to puff up and you’ve got the basis for your own puffy taco. Add your favorite toppings and go to town.

There are two stories about the creation of the puffy taco in the late ‘70s. We’ll leave it to you to decide whether Henry’s Puffy Taco or Ray’s Drive Inn should lay claim to calling themselves the original. Fortunately, both restaurants are still going strong, so you can draw your own conclusions while dining at Ray’s (822 SW 19th St) or one of two Henry’s locations (6030 Bandera Rd or 3202 W Woodlawn Ave). For a true taste test, pick the carne guisada (beef stew tacos) from either location.

Of course, the puffy taco is ubiquitous to San Antonio. In addition to the originals, you can also find highly rated puffy tacos at Teka Molino, Pete’s Tako House and Los Barrios, among others.

One of the culinary highlights of Fiesta (an annual celebration traditionally held in April) in San Antonio is chicken-on-a-stick. It’s a pretty simple concoction of breaded chicken and a whole jalapeno on—you guessed it—a wooden skewer. There’s something about the jalapeno juice slithering down the perfectly breaded chicken that hits just right, especially when you’re enjoying traditional dances, art, boat parades and all the festivities that Fiesta brings to San Antonio.

But you don’t have to wait for a once-a-year opportunity to enjoy chicken-on-a-stick. There are a number of places that serve their own variations year-round, including Tiago’s Cabo Grille (with jalapeno cream dipping sauce!) and Anchor Bar (tossed in habanero ranch with lime!).

Where do the Locals Eat in San Antonio?

There’s nothing like experiencing the River Walk at night. Photo by Mick Haupt on Unsplash.

Descend from street level to the banks of the San Antonio river and you’ll have an idea of what the old Texas ad campaign “a whole other country” was all about. The hustle and bustle of downtown melts away as you traverse parallel sidewalks on the banks of the river, meander across quaint bridges, browse through unique shops and, of course, peruse the menus of many restaurants along the way. Originally conceived as a flood mitigation plan, the 2.5 mile River Walk has become the No. 1 tourist destination in all of Texas.

Now we’re not going to knock the chain restaurants (OK, maybe a little), but you can find most of them anywhere, so when you’re in San Antonio, pick a place you won’t find anywhere else. Find a comfortable table under a colorful umbrella along the walk, order your favorite adult beverage and people-watch to your heart’s content while sampling some unique Tex-Mex or other outstanding cuisine.

The first restaurant to open along the River Walk was Casa Rio, which has been in the same location since 1946. Casa Rio helped pioneer the area’s tour and dinner boats, and still holds the primo spot along a bend in the river, a short walk from The Alamo, the Shops at Rivercenter and the Hilton Palacio del Rio.

Chef Danny Ibarra’s restaurant has a wide range of seafood and steak options, as well as some Mexican-influenced dishes. Start with the guacamole, prepared at tableside, then try the Filet of Beef Tenderloin & Grilled Jumbo Shrimp Churrasco for the full Tex-Mex effect. Find them on Facebook or visit their website for their guacamole recipe, too!

As the name suggests, Republic of Texas offers a wide range of dishes from across the Lone Star State to please most palates, including barbeque, brisket, and burgers, as well as Mexican classics like enchiladas, and “Texican” dishes like Texas catfish and chicken in a spicy cilantro sauce. Plus, there are kid meals and homemade desserts, too.

While there, take a look at the Clifford Building, which was built in 1893 and held the offices of the architect who dreamed up the whole River Walk concept.

While no one has ever said they had “too much” Tex-Mex, we understand the need to try different cuisines from time to time. If you’ve got Italian on your mind, then it’s worth the trip to Zocca in the Westin Hotel on the “far-end” of the River Walk. While the menu seems fairly limited, the tastes are authentic and the presentation and ambiance make for a relaxing experience. Try the Tagliatelle and finish it off with a Snickerdoodle Crème Brulee.

Biga on the Banks

Scottish Salmon is a mainstay on the menu at Biga on the Banks, shown here with a citrus and roasted fennel salad, hummus and fried chickpea bed, and light citrus beurre blanc. Photo by @stine.eats, courtesy of Biga on the Banks.

Photo by Henry Becerra on Unsplash.

While not as well known outside of San Antonio as the River Walk, the Pearl District is perhaps the (not so) hidden gem for locals. On the site of a former brewery on 22 acres along the San Antonio River, this hip neighborhood northeast of downtown is home to Hotel Emma and the San Antonio Art Museum, hosts a weekly farmer’s market, has residential space, and best of all, features many of the area’s top restaurants.

One the highlights has to be two-time Beard Award Nominee Chef Steve McHugh’s restaurant Cured, featuring foods hand-crafted from regionally available ingredients including cured foods and more. Share a charcuterie plate, follow with some boiled Texas peanut hummus, pass the Boudin empanadas, then save some room for the crispy smoked pork. Any room left for the bread pudding?

Other highlights include Botika, a blend of Asian and South American flavors brought to life by Chef-Owner Geronimo Lopez and Claudio Martins. Fusion might be an understatement when you can choose from diverse dished including sushi, cebiche, brasa roasted wings and passion fruit empanadas.

The list of restaurants in The Pearl doesn’t end there. At risk of leaving off your favorite, we’ll leave it to you to explore some of the other remarkable restaurant options in this thriving cultural center.

After sampling a little of what San Antonio food has to offer, we’re excited to be less than 5 minutes from the River Walk. If you’re thinking of relocating here, or need some additional space for your home or office, keep us in mind.

Check out our storage units in San Antonio or find your nearest location and we’ll help you find the affordable storage solution you’re looking for.