11 Unexpected & Hidden Costs of Moving You Don't Want to Forget 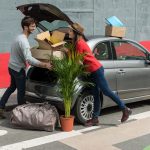 The 5 Best RV Road Trips in the United States 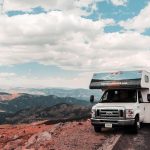 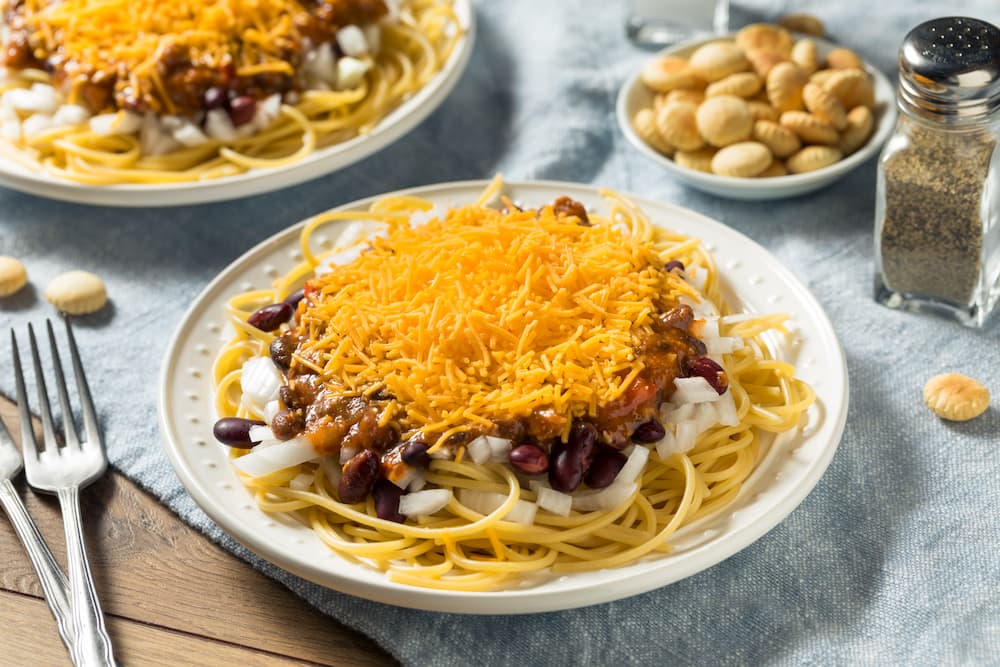 What Food Is Cincinnati Known For? A Tasty Look at The Queen City’s Beloved Cuisine

If you’ve never been to Cincinnati (or have spent years there in denial) and you don’t know the most famous food to come from the Queen City, then this blog is for you.

For those aware of the most famous of all Cincinnati dishes, then maybe we can provide a little insight into where it came from, what’s in it, where to find it, and maybe even a few tips on how to make it.

Here’s the big reveal that you’ve been waiting for. The food that Cincinnati is best-known for is Cincinnati Chili!

What Is Cincinnati Chili?

For those of you from Texas or other places where the name “chili” connotes a spicy, southwestern or Mexican-style stew with chili peppers, you’re just going to have to accept that Cincinnati Chili is a different type of concoction altogether.

Cincinnati chili uses Mediterranean spices to flavor its tomato-based meat sauce, giving it a sweet and savory taste profile. The meat, typically ground beef, is then served over spaghetti or hot dogs. At the discretion of the customer, the plate can then be topped with additional layers (called “ways”) such as beans and/or onions, and finally covered in cheese.

The History of Cincinnati Chili

By the 1930s, their restaurant, called Empress Chili, was one of the most successful Bulgarian-owned restaurants in the region. They expanded into a local chain and by the late ‘50s offered drive-in, car-side service at their restaurants. The last descendent of the Kiradjieff clan involved in the restaurant retired and sold his stake in Empress Chili in 2009. The sole remaining Empress Chili is located in Alexandria, KY, about 25 minutes southeast of downtown Cincinnati.

Where Can I Find Cincinnati Chili?

If you can’t locate a chili parlor (yep, that’s what they’re called) in Cincinnati, you’re just not trying. In fact, it’s probably easier to list the places that don’t serve Cincinnati chili than the ones that do.

Estimates indicate there are more than 250 chili parlors in Greater Cincinnati, which isn’t even counting the restaurants that serve their own versions of the dish. While regional appeal is strong, there are also restaurants in other parts of Ohio, plus Kentucky, Indiana, Florida and even the Middle East.

The two most renowned chain restaurants are Skyline Chili and Gold Star Chili (which we list below in order of their founding date, not by personal preference!). Picking one or the other is somewhat of a rite of passage in the region, although there is no truth to the rumor that weddings have been called off because of chili preferences (or is there?).

Skyline Chili was founded in 1949 by Greek immigrants Vasili Katsamakis and Nicholas Lambrinides.

Skyline Chili boasts a secret blend of spices that Lambrinides concocted after working as a cook at Empress for several years. While the original location is long gone (it offered a great view of the city’s skyline, hence the name), the recipe is still the same (and is still a secret) for the approximately 160 Skyline restaurants operating in four states.

Skyline is the “official chili” of several pro sports teams, including the Cincinnati Reds, Cincinnati Cyclones and Columbus Blue Jackets.

The other big name in the Cincinnati chili game is Gold Star. Gold Star also has Mediterranean roots, having been founded by the Daoud Brothers, whose heritage was Jordanian. Their first restaurant opened in 1965 as a hamburger joint, but the popularity of their chili quickly caused them to make a course correction. The chain is family-run and has more than 85 company-owned and franchise locations in the Ohio, Kentucky, Indiana area.

Not to be outdone by its rivals, Gold Star is the official chili of the Cincinnati Bengals of the NFL.

As we mentioned, there are a number of independent restaurants in the greater metro serving up their own chili recipes. Some of the top-rated mom-and-pops are: Blue Ash Chili, Camp Washington Chili, Dixie Chili, Pleasant Ridge Chili, and Price Hill Chili.

How To Order Cincinnati Chili

Now that you know where to get Cincinnati Chili, it’s important to understand how to order it like a Cincinnatian.

If you’re getting the spaghetti, you’re going to have to familiarize yourself with the “ways.” Ordering by “ways” will allow you to customize your dish.

If you want a hot dog, the standard order is known as a cheese coney. This is a hot dog served in a steamed bun with mustard and onions, then topped with chili and cheese. A no-cheese option is also available.

There are other options out there, of course. Some places might offer vegetarian options that include black beans and rice. One place we heard of offers a “six-way.” Chili cheese fries and chili on a bun (somewhat like a sloppy joe) are also offered at many parlors.

How Can I Make it at Home?

There is no law against making Cincinnati chili in your home, at least that we are aware of.

Since the dish has remained somewhat of a regional favorite, it’s important to not think of it in the same terms as chili con carne. The best description we found was from a ‘90s edition of The Joy of Cooking, which suggested to its readers at the time that they think of it more as “a Macedonian Bolognese sauce.”

Here’s a general guideline for preparing your Cincinnati chili at home:

At the bare minimum, your spice selection should include cinnamon, allspice, cloves, cumin, nutmeg, and chili powder.

Rumor has it that Gold Star uses all the above, as well as coriander, cardamom, anise, ginger, garlic, paprika, oregano, and thyme. Their full ingredients and exact measurements are closely guarded secrets, as is the recipe Skyline uses.

There are of course plenty of recipes to be found online. Many of these recipes include ingredients like tomato sauce, chocolate and sweet onions, which is probably why many of their creators confess to getting it “close” but not exactly right.

This recipe for Cincinnati Chili on allrecipes.com had the highest score (4.5 stars) from the greatest number of ratings (487), so we’re calling it the D-I-Y winner.

Of course, once you get the base, the ways are up to you.

If you’ve lived in Cincinnati for any length of time, you’ve probably already picked which Cincinnati Chili is your favorite. If you’re new in town, what do you think of this regional favorite? ﻿

Either way, cast your vote below and tell us which should be the unofficial Cincinnati Chili of Store Space: