How to Properly Store & Organize Swimsuits 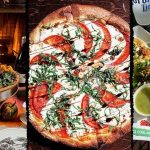 What we Like About Northside: An Eclectic, Diverse Cincinnati Neighborhood

Noshing a hamburger topped with goetta, getting a new tattoo, shopping for vintage threads, sampling some craft beer, catching a fresh sound—fortunately, you’re in Northside, where the likelihood of this happening on any given day is pretty good.

Northside is one of Cincinnati’s most sought-after neighborhoods, popular with students, hipsters, artists and young professionals alike. It’s home to about 7,500, as well as many independently owned businesses including restaurants, gastropubs, restaurants, vintage clothing stores and many more. Keep reading to find out what we love about this hip enclave situated at the crook of I-74 and I-75.

History of the Northside Neighborhood

The north bank of Mill Creek was originally home to indigenous peoples, but by the 1820s had been settled by European descendants, including one David Cummins, for whom the community was named. Cumminsville, as it was called, was annexed by Cincinnati in 1873. The area continued to grow steadily but by the time the highway system came along, people began to flee urban areas for more remote locations.

After a mass exodus of manufacturing in the area, homeowners began to leave, too. But by the 1980s, the undervalued homes suddenly became very attractive, and Northside started its resurgence. Several historic buildings were saved, and others refurbished, to enhance the area’s appeal.

Northside began to see an influx of local businesses, giving rise to its modern-day status as the hip, cool, eclectic neighborhood that’s become a destination in its own right. Here are some of the top places in the neighborhood.

What’s There to Do in Northside?

Northside is about five miles northwest of downtown Cincinnati and is a popular destination for entertainment, nightlife, and shopping, centered along a two-mile stretch around Hamilton Avenue. Use the filters to explore all the types of businesses at WelcomeToNorthside.com, and check out our highlights below.

Where can I Eat in Northside?

Tickle Pickle is our first stop for some punny burgers and sandwiches: Rob Zomwich, Grateful Shred, Buns and Roses just to name a few. We’re ordering the Meatallica (burger, cheese, bacon, egg and goetta) for us and the Melton John Jr. Grilled Cheese for the little ones. Gotta wash it down with an Oreo Speedwagon milkshake, of course.

The Littlefield takes its cuisine upscale, with everything from fried brussels sprouts (in a peach basil gastrique, no less) to al pastor pulled pork sandwiches to confit chicken, crispy skin Faroe Island salmon and much more. Don’t miss the shrimp and grits during weekend brunch!

Other favorites include Katch the Kitchen for breakfast, lunch and dinner, Boswell’s for its small tavern feel, and Darou Salam for authentic Senegalese cuisine.

Northside is also home to two breweries: the Humble Monk, with its distinct Belgian influence, and Urban Artifact, a funky space in an old church that focuses on sours and tarts.

These independent coffee shops have us all jittery: Sidewinder Coffee gets us going every morning with the Red Eye (coffee with two shots of espresso) and a breakfast burrito. Even better, Sidewinder has its own roastery, featuring an “ever-changing selection of ethically sourced coffees from small growers throughout the world,” according to their website. Not only is the coffee great on the premises, you can also get your beans to go.

Collective Espresso has long been praised for its high-quality coffees and “secret” locale (accessible down an alley between Chocolates Latour and Happy Chicks Bakery).  Reviewers praise the “very chill atmosphere and friendly service,” as well as the coffee itself: “There’s coffee and then there is great coffee.”

Northside offers a variety of locally owned shops to patronize. Start with Casablanca Vintage, established in 1985. Casablanca Vintage has clothes and accessories for all ages and genders, most ranging from the 1920s to the 1990s, plus some antiques from the 1800s! It’s a go-to for everyone from the film and theatre industries to collectors to everyday vintage enthusiasts.

Of course, Northside is home to a pair of awarded tattoo and piercing shops. Tattoo Designs by Dana has been in Cincy since 1977. The family business (which also has a location in Covington, KY), has won multiple “best-of” awards from CityBeat, including back-to-back best-ofs in 2017 and 2018. Skincraft, which also offers highly regarded tattoo artists, has been a CityBeat reader’s pick for its piercings, including Best Studio in 2021.

Shake It Records is still the place to buy, sell and trade LPs, CDs, DVDs, books and more. It started as a record label (which is still releasing titles) in 1978, but the owners didn’t open their brick-and-mortar shop until 1999. The current location, which stocks more than 25,000 titles on vinyl and 15,000 titles on CD, is a block from its original Northside location.

Northside Tavern boasts free, original, live music, making it one of the best places to hear up-and-coming acts in the area.

Of course, being in the Cincinnati Metro is a bonus for many.  The Queen City, as it’s known, is a prime location in southwest Ohio for art galleries and museums, sports venues, musical venues and outdoor activities. We picked a few of our favorites already, which you can read in our blog.

Northside still has a very urban feel to it, with a lot of Italianate architecture. The business district is very walkable, giving the diverse population who live and work in Northside a deep feeling of connectedness.

Community support has also extended into activism and causes, and hosts strong community-backed events such as the Northside 4th of July Parade and Rock n Roll Carnival. The area, which formerly hosted the Cincinnati Pride Parade and Festival, still has a strong LGBTQIA+ allied presence.

Is Northside Safe? Crime in Northside

As with any urban area, there’s bound to be some crime in the area. Northside is no exception. AreaVibes, quoting FBI data from 2020, reported crime rates were 80% higher than the national average, with violent crimes 112% higher. Both numbers were less than the average for the metro, but more than the state of Ohio. The report concluded that you have a 1 in 24 chance of being a victim of a crime in Northside. For more recent data, the City of Cincinnati Police regularly releases downloadable neighborhood crime reports, like this one.

BestPlaces.net reports that the overall cost of living in the Cincinnati Metro is slightly higher than the Ohio average, both of which are lower than the national average. Health, housing and transportation are the three largest contributors to those statistics.

Housing costs are slightly higher in Northside than the rest of the area, with Niche.com reporting a median home value of $150,851 compared with $138,000 in Cincy and a national average of $217,500.

Approximately 52% of Northside’s residents are renters, while the remainder own their homes. Rent averages $787 in the area, well below the national average ($1,602) vs. $738 in Cincinnati.

We appreciate that Northside is less than 10 minutes from the University of Cincinnati, and is adjacent to several parks, including Mt. Airy Forest and Buttercup Valley Nature Preserve. We also can’t deny the appeal of the more than 150-year-old Spring Grove Cemetery and Arboretum. At 733 acres, it’s the second-largest cemetery in the U.S., and is frequented by many locals for quiet running, biking, and picnicking (in the 280-some acres that remain undeveloped, of course).

Also within Northside is the Hoffner Historic District, 12 buildings that were constructed at the end of the 19th century and have endured with their original appearance. The Masonic Lodge, at the intersection of Moline Court and Hamilton Avenue, is the featured image atop this blog.

What’s Your Next Move?

Was Northside on your list of Cincinnati neighborhoods to consider? Did this article help you decide one way or the other? Let us know what you think of Northside, or tell us some of your favorite things to do in the area in the comment section below!

Urban living takes a real commitment, especially when refurbishing an old house, or moving into a small apartment. If your possessions outweigh your available storage, look us up. Store Space has a recently renovated storage facility at 4015 Cherry St., right in the heart of Northside. Thank you for reading about Northside!