9 Reasons why People are Moving to Louisville, KY 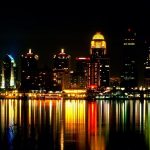 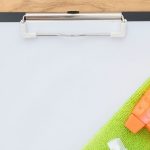 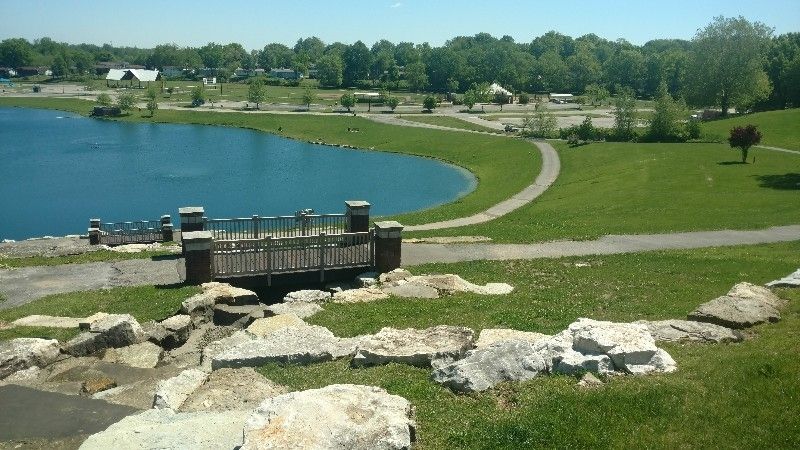 Is Jennings, MO, a Good Place to Live? Moving to Missouri

Looking to see if Jennings is a good place to live? Well, you landed on the right blog. Over the course of this article we will explore just that plus much more.

Keep reading to find out “how expensive it is to live in Jennings,” “if people like living in Jennings” and more information regarding the city’s history, culture and personality.

Should moving to Missouri be in your future plans? Decide for yourself below!

Jennings in a Snapshot

A moderate-sized suburb of St. Louis, Jennings is home to nearly 13,000 residents. In total, the city covers 3.73 acres of land. These statistics and more are displayed in the chart below:

*Data was collected from census.gov

The History of Jennings

The history of Jennings dates to 1839. It was in this year that James Jennings, then a resident of Virginia, moved to the area, purchased a large plot of land and began farming. The area supported a modest community for years until growing significantly upon the introduction of the railroad to the area.

The first city north of St. Louis, Jennings is consistently referred to as the “Northstar” among many historic and social circles. The city’s flag includes a red and white star amid a navy-blue background. This flag draws upon the colors of the United States and two local high schools that were operating in the area when the flag was commissioned in the 1960s.

The flag was designed by an eighth-grade girl and has been updated throughout the years. In 1996, the inscription, “Jennings Missouri Incorporated” was added above and below the Northstar.

Today, the city of Jennings is largely a northern suburb of St. Louis. This proximity gives Jennings prime real estate to experience a lot of what St. Louis offers at a slower pace and lower cost of living. Popular attractions in the Jennings area include Koeneman Park, River Roads Mall and Benton Place Park.

Is Jennings a Safe Place to Live?

Crime in Jennings is troubling. The city’s overall crime rating and frequency are much higher than the average U.S. city. According to CrimeGrade.org, Jennings is in the 7th percentile for safety. This scored earned Jennings and overall crime score of an “F” and means that 93% of cities are safer. The Jennings crime grade is a composite of three separate scores for violent, property and miscellaneous crime.

Out of the three, Jennings ranks the lowest for violent and property crime. In each of these two categories, the city received a “F” rating, while the city scored a “D+” for miscellaneous crime. Overall, these crime scores and ratings suggest that Jennings can be a very dangerous place to live and work, and that it can be difficult to find a family friendly place to live in the city.

What are the Bad Parts of Jennings?

The most dangerous parts of Jennings are in the downtown area, North Riverfront, Baden and North Pointe neighborhoods, as well as along North Broadway. In these extremely dangerous areas, as high as 1 in 4 people will become the victim of a crime.

Neighborhoods near O’Fallon Park and Country Club Hills are among the safest parts in Jennings. However, residents in these parts still have a 1 in 19 chance of becoming the victim of a crime.

The table displayed below includes crime rates per 100k people for the city of Jennings and several other cities with comparable populations.

Is it expensive to live in Jennings?

According to several studies, including one from BestPlaces.net, the cost of living in Jennings is significantly lower than the national average. Within this report, the median home cost in Jennings is listed as $62,000. Comparing this cost to the median cost of a home in the United States ($291,700) and home prices in Missouri ($194,000), it’s quite easy to determine that Jennings is a very affordable place to live.

The following table compares the cost of living of Jennings to several other cities with comparable populations.

*Compared to a nation average of 100 by BestPlaces.net

In all areas except for transportation and miscellaneous costs, Jennings is listed as more affordable than the United States. Housing is the number one area where Jennings is the most affordable compared to the national average, with a composite score of 29.9 compared to 100.

What are the Pros of Living in Jennings?

By analyzing the two previous reports, its obvious the most advantageous pro of living in Jennings is the area’s incredibly affordable housing market. In addition, the area also provides direct access to the large city of St. Louis.

For residents of Jennings, the city provides the ability to live a more laid-back life and still enjoy the benefits and attractions of a big city nearby. St. Louis and its surrounding area is known for its impressive barbecue scene, diverse array of museums, and competitive and exciting professional sports teams.

Individuals living in Jennings often travel to St. Louis to visit the St. Louis Art Museum, National Blues Museum or Gateway Arch National Park. A visit to St. Louis is also not complete without stopping in and grabbing a plate of barbeque from Five Aces or Pappy’s Smokehouse.

In addition to being a prime source of entertainment and attractions, St. Louis also stimulates the local job market and provides a large percentage of Jennings residents with work. The largest employers in the St. Louis area are Centene, Emerson Electric, Edward Jones, and Reinsurance Group of America.

What are the Cons of Living in Jennings?

The number one con of living in Jennings is the area’s very extreme crime rating. This presence of crime can make it extremely difficult to feel safe while living and working in the city. However, with a population of nearly 13,000, many Jennings residents have found a way to secure a life they are comfortable with.

The best way to see if living in Jennings is right for you is by conducting extensive research. Make sure to look up the exact area where you will be living and working to see what crime is like in these areas. Also, make sure to inspect your commute. Do you have to travel through dangerous neighborhoods to get from your residence to work?

Wrapping up: Is Jennings a Good Place to Live?

Are you interested in moving to Jennings, Missouri, and seeing what life in The Show-Me State is all about? If so, then hopefully this living in Jennings, MO, guide was helpful and revealing. By moving to Missouri, you will be able to explore cultural hubs such as St. Louis and also be able to capitalize on a very affordable housing market.

In addition, you will also be able to secure affordable, professional storage from Store Space. We are equipped with a wide variety of storage solutions suitable for homeowners and renters and businesses in the Jennings, MO, area.

We also always offer Touchless Rentals online or by phone, so getting started storing with us is easy and simple. Is face-to-face more your speed? Don’t worry, our dedicated storage professionals are standing by in-store to help as well.

Ready to experience what premium storage can do for you?

Use our storage finder to locate the Store Space facility nearest to Jennings, MO.