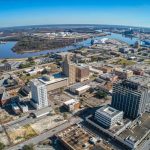 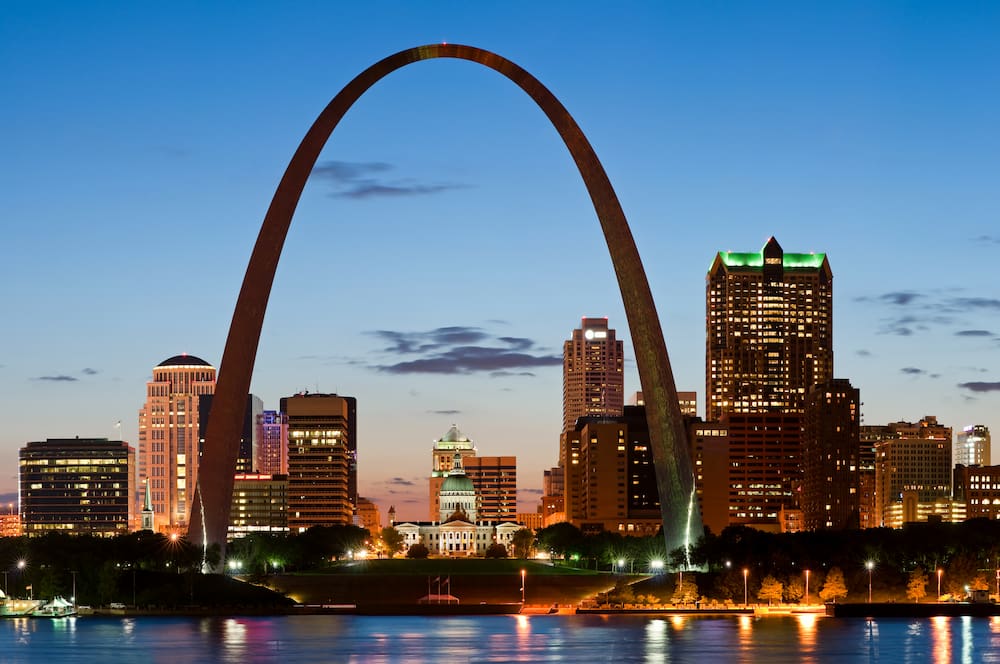 Is St. Louis a Good Place to Live? Moving to Missouri 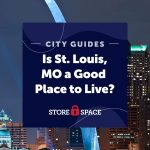 The “Gateway to the West” has a lot to offer—from educational and career opportunities to attractions and entertainment, but if you’re really considering moving to St. Louis, your No. 1 question is, “is St. Louis a good place to live?”

We’ve created this guide so you can find out everything you need to know about St. Louis, including cost of living, crime rate, population and pros and cons of living here.

St. Louis in a Snapshot

This table includes some key statistics about St. Louis, including the population, land area and more. Approximately 301,000 people were living in St. Louis in 2020. Keep reading for more details about St. Louis.

The area of St. Louis was at one point located on the territory of the Illini Confederacy (12-13 Native American tribes). In 1764, Europeans came into the area and Pierre Laclede Liguest and Auguste Chouteau selected this site for a fur trading post. Shortly after, a village was constructed named after Louis IX of France. Eventually, it became part of the United States after the Louisiana Purchase of 1803.

Meriwether Lewis and William Clark set off for their famous expedition from the town of St. Louis. Following their journey, more and more people immigrated into the area, and it became a commerce and trade center. After the Civil War, St. Louis became a major manufacturing site and industries boomed.

In 1904, St. Louis hosted the World’s Fair and the Olympic Games, which only increased its population. The city was home to the first gas station and the first automobile accident.

After a significant decrease in population due to residents moving to the suburbs, the Gateway Arch and building of Busch Memorial Stadium helped jump-start the business district and created a building boom. St. Louis is still growing and revitalizing today.

According to CrimeGrade.org, in central neighborhoods, residents have as high as a 1 in 83 chance of experiencing a crime, and a 1 in 559 chance in the west metro area. Overall, the city has a crime grade of “C-,” and it’s in the 15th percentile for safety (85% of metro areas are safer than St. Louis).

St. Louis also had the highest murder rate for any major U.S. city in 2019. Now, these statistics may seem alarming, but as there are certain neighborhoods you should avoid in St. Louis, there are also safe neighborhoods. The safest neighborhoods in the city include Ballwin, Hi-Pointe, Princeton Heights, Clifton Heights and Saint Louis Hills.

What are the Bad Parts of St. Louis?

Is it Expensive to Live in St. Louis?

Overall, St. Louis has a lower cost of living compared to the U.S. average. All factors, including grocery, health, utilities and transportation are below the national average, according to BestPlaces.net.

What are the Pros and Cons of Living in St. Louis?

One of the biggest pros of living in St. Louis is the low cost of living. Considering St. Louis is home to more than 301,000 residents and many big-city amenities, the living costs in the city are reasonable. The low housing costs are also a major draw.

St. Louis is home to many amazing attractions, including museums, performing arts centers, stadiums and more. You’ll also recognize the Gateway Arch—known as the Gateway Arch National Park, that stretches from the Old Courthouse to the Mississippi River. The monument stands as a recognition of the pioneering spirit, for those like Thomas Jefferson, Lewis and Clark, Dred and Harriet Scott and many more who shaped the United States.

Washington University in St. Louis is a community of driven individuals eager to learn and lead with an enrollment of 7,653 in fall of 2020. Other notable universities in the area include the University of Missouri-St. Louis, Saint Louis University, Maryville University, Harris-Stowe State University and more.

A major industry in St. Louis is health care biotechnology. Many entrepreneurs and scientists flooded to the area to work in some exceptional organizations including CORTEX, The Donald Danforth Plant Science Center, The Missouri Botanical Garden, just to name a few. St. Louis is also home to Fortune 500 and Fortune 1000 companies.

If you’re a fan of sports, you’ll like St. Louis. The city is home to the St. Louis Blues (NHL), who won the Stanley Cup in 2019, St. Louis City SC (MLS) scheduled to start playing in 2023, and the 11-time World Series Champions St. Louis Cardinals (MLB).

The biggest con of living in St. Louis is the high crime rate. Not only are these rates significantly higher than the national average, but the city also has one of the highest murder rates in the U.S. It’s important to remember that even though there are bad areas of St. Louis, there are also safe areas. We’ve mentioned a few of the safest neighborhoods in St. Louis, and which areas to avoid.

It’s also a concern to many that the population of St. Louis is decreasing. The population has consistently fallen (by a small amount) every year for more than 50 years. This began as early as the 1950s when residents started leaving the metro areas for suburbs. Even with revitalization efforts, the population has not returned to its peak.

People really enjoy living in St. Louis. In 2021 it was named one of the top 20 most fun cities in America from WalletHub. Whether it’s for the low cost of living, inexpensive housing, or amenities and entertainment, it appears that residents love St. Louis.

Many have also said that it feels like a big city with a small-town charm. The city is rich in history, activities and incredible outdoor spaces. But now the question is, “would you like living in St. louis?”

Wrapping up: Is St. Louis a good place to live?

Whether you’re drawn to St. Louis because of its fascinating history, its professional sports teams or even just the opportunity to save on housing costs, it’s a great move. Join many others who have moved to St. Louis to experience everything this city has to offer. Check out the best places to live in St Louis for more information.

Chances are you have more research to do before deciding if you want to move to St. Louis. But if you do, make sure you check out Store Space. Our moving tips will make your move much easier.

We are Storage That Cares about bringing anyone in the St. Louis area professional, affordable storage solutions. We want to make the process easy from start to finish—that’s why we start with Touchless Rentals, offer easy move-ins, convenient online account access and much more.

Just use our storage finder to locate the nearest Store Space facility in St. Louis, MO.