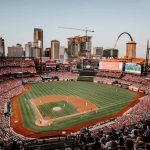 How to Properly Store & Organize Your Hat Collection 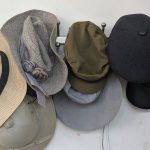 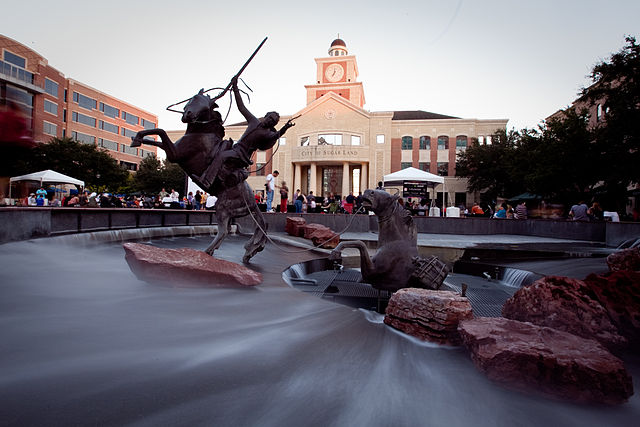 As one of the most affluent and fastest-growing communities in all of Texas, many people have been asking if Sugar Land is a good place to live and if it’s worth moving there.

We’ll give you a little background on this formerly small town on the southwest edge of the Houston metro, as well as some pros and cons to consider if you’re planning on moving to Sugar Land, Texas.

After a long stint as a company town (more on that in a bit), Sugar Land has in recent years become one   of the top suburbs in all of Texas.

Niche.com ranks Sugar Land as the 5th-best suburb in all of Texas, citing a wide range of positives, from great schools, low crime, stable economy, an abundance of outdoor activities and more. The biggest detractors in the area tend to be a higher cost of living and extreme heat in the summers.

These key statistics will give you an idea of Sugar Land’s size and population, which has been in growth-mode for decades.

The History of Sugar Land

The area around Sugar Land has been inhabited for years, originally by the Atakapa people. In the early 19th century, the land was part of a land-grant deal between Stephen F. Austin and the Mexican government. Some of the land Austin eventually sold, called Oakland Plantation, became a hotspot along the Brazos River, centering around cotton, corn and sugarcane.

During the reconstruction period after the Civil War, a sugar refinery was constructed in the area, which ultimately attracted settlers moving into the area. By the early 20th century, the Imperial Sugar Company was formed, and Sugar Land was operated as a company town from the 1910s until 1959.

In the 1950s, Imperial Sugar began expanding the town and by 1959, voters decided to turn Sugar Land into its own city.  More subdivisions and master-planned communities followed, and the town continued to grow by election, expansion and annexation.

Overall, the cost of living in Sugar Land is higher than the rest of Texas and the United States. Housing is the greatest expense: the median home cost is $362,000 in Sugar Land vs. $243,000 average in Texas and $291,700 in the U.S. The area is mostly inhabited by homeowners (81%), but renters in the area can expect to pay higher rent, with the median of $1,775, more than $700 above the national average.

Other expenses include high transportation costs (because of its location on the outskirts of Houston combined with a lack of mass transit) and high grocery costs, both well above the Texas averages. Healthcare and utilities are closer to the Texas/U.S. medians.

Quality of Life in Sugar Land

Sugar Land has appeared atop or near the top on multiple “best of” lists over the years, currently ranked as No. 5 on Niche.com’s list of best Texas suburbs, 11th-best place to live in Texas, and 13th-best places to raise a family in Texas. Schools rank exceptionally well, making it a good choice for families.

Some of the newest homes are in the Riverstone planned community, with a mix of single-family, patio homes, townhomes and multifamily, interspersed with rec centers, parks, schools, and commercial areas.  Riverstone is 3,800 areas, comprising 6,400 homes for 18,000 residents. In total, there are 13 master-planned communities in Sugar Land, including Sugar Creek, Greatwood, New Territory, Telfair and others.

Sugar Land has a “B-“ rating on CrimeGrade.org, ranking it in the 57th percentile, or safer than slightly more than half of the average cities in the United States. Violent crimes and property crimes are low (both ranked “A-“), but the proliferation of other types of crimes including drugs and vandalism bring the overall score down considerably.

The rate of crime in Sugar Land is 23.95 per 1,000 residents during a standard year. As with any city, some areas are more prone to crime than others. Residents generally consider the north part of the city to be the safest, and the southern neighborhoods less safe.

The first stop for dining and entertainment in the area is the Sugar Land Town Square, office and shopping complex in the First Colony development. It includes office space, condominiums, retail stores, restaurants, a hotel, and the city hall.

Figuring out what you’re in the mood to eat might be the toughest part. Fish? Fish City Grill. Mexican? Escalate’s. Burgers? Guru. Asian fusion? Japaneiro’s. Pizza and Waffles? Jupiter. Indian? Mahesh’s Kitchen. Dessert? Kilwin’s. Steak? Perry’s. Sure, we left a few off, but check out this list for all the Sugar Land Town Square dining options.

After a night of fine dining, head over to Constellation Field and catch a Space Cowboys minor league baseball game. They are the (recently re-branded) Triple-A affiliate of the Houston Astros, and they have some of the most unique gear in the game.

Another top draw in the area is the Houston Natural Science Museum of Sugar Land. The satellite location features a T-Rex, a 2,000-gallon saltwater aquarium, a fossil pit to dig in, and much more.

The Sugar Land area also offers a variety of outdoor activities including a BMX track, a disc-golf course, batting cages and more. Oyster Creek Park is a popular scenic area, with a pond and water features, pluys a 3-mile hiking and biking trail.

Of course, proximity to Houston means that a whole other range of opportunities is a short drive away. Houston is home to a number of pro sports teams (Rockets, Texans, Astros, Dynamo, Dash and SabreCats), museums, theaters, galleries, music venues and much more.

As documented above, Sugar Land is one of the top places to live in all of Texas. Here are a couple of great, and not so great, reasons to call it home.

Our facility at 4815 LJ Pkwy in Sugar Land offers indoor and climate controlled storage units in many sizes. Rent today and receive an Amazon.com Gift Card† up to $20.

Wrapping Up: Is Sugar Land, TX, a good place to live?

Only you can decide if moving to Sugar Land is right for you and your family. Hopefully, this guide has answered some of the burning questions you might have about living in the Houston metro area.

No matter where you decide to move, or even if you stay put, give us a call if you need self-storage. You can find our self storage facility in Sugar Land, or use our storage finder to locate our other facilities around the United States.

Before you post your property, you’ve got some HOMEwork to do. 🏡 ☑️

Check out our blog to turn your house into a vacation rental in a few steps and you'll be on your way to enjoying that passive income 💲💲. (Link in bio)

Is your local housing market 🔥 red-hot? Are you ready to sell your home? Well, buckle up, you’ve got quite a ride ahead. But don’t worry, our latest blog makes it easy to get started.

☑️ We’ve even created a printable home selling CHECKLIST (link in bio) you can use to transform your home into the most sought-after property on the block. 🏡

Protect its Value with Storage!

With the summer sun 😎 setting in your rearview mirror, now’s the time to find storage for your classic car or motorcycle. Protect your ride from the elements during the off-season with affordable, secure storage at Store Space. 🚗 🏍️❄️

We LOVE pets 🐾 at Store Space. Our corporate office is even dog-friendly! 🐶🐕💙

Don’t forget to check out our blog (storespace.com/blog) for tips on moving with pets!