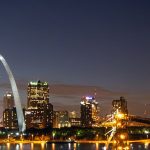 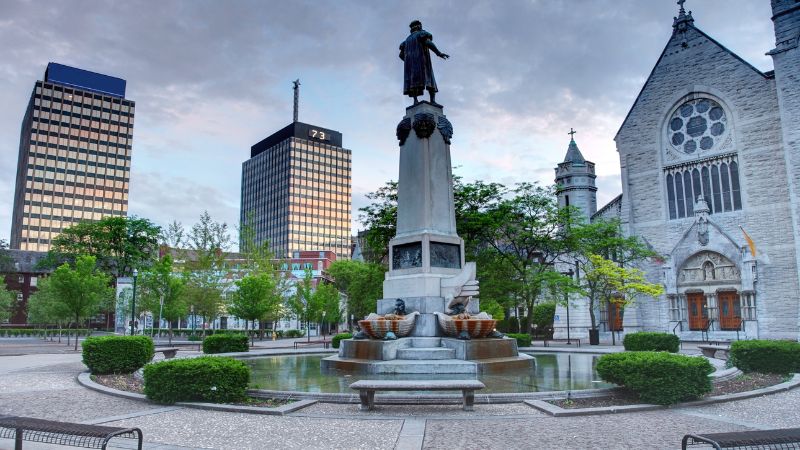 Is Syracuse a Good Place to Live?

With incredible restaurants practically on every corner (some even featured on shows like Man v. Food or Diners, Drive-Ins, and Dives), the Erie Canal Museum (among other historical sites), and plenty of room to explore the outdoors, we understand if you’re eager to call Syracuse home. But, before you decide whether or not to move here, check out this guide to help you figure out if Syracuse is a good place to live.

First, we’ll offer a few general statistics and info about the Syracuse area. Then, we’ll cover Syracuse’s history and more specific stats like crime rate and cost of living. You’ll also find some pros and cons of living in the city at the end of our blog.

After reading this guide, you’ll be able to make a well-informed decision about whether Syracuse is the right place for you!

Syracuse is located in central New York State, about 87 miles east of Rochester. The city is adjacent to Onondaga Lake (offering a variety of watersports and beautiful views) and is considered a gateway to the Finger Lakes region of New York.

Here are some general stats about Syracuse:

The Onondaga Indians originally inhabited the area that is known as Syracuse today, until explorers and missionaries arrived in the 17th century. The city was named “Syracuse” because the area reminded an early settler of a city in Italy with the same name (Siracusa in Italian).

The construction of the Erie Canal (completed in 1825) played a major role in the growth and development of Syracuse, as did the arrival of railroads shortly after. The salt industry was crucial to Syracuse in the 1800s, but the economy diversified in the 20th century and beyond.

Is Syracuse a Safe Place to Live?

Is it Expensive to Live in Syracuse?

*Data based on a national average of 100, from Bestplaces.net

Food and Entertainment in Syracuse

There isn’t a dull moment in Syracuse. With fascinating attractions, unique history and a variety of outdoor opportunities—Syracuse has something for everyone. No matter when you visit, chances are there’s something going on. From food festivals (like the Bacon Festival and Crawfish Festival) to music festivals and beyond—visitors can enjoy numerous events year-round. Syracuse also hosts Syracuse University sporting events.

For history buffs, Syracuse is home to the Erie Canal Museum (the Erie Canal once ran right through Clinton Square in downtown Syracuse), MOST (Museum of Science and Technology), the Onondaga Historical Association, Palace Theatre and more.

With skate parks, nature centers, parks, golf courses, ski resorts and much, much more—Syracuse is the place to be if you want to spend time in the great outdoors. If you’re in a shopping mood, head to Destiny Mall (the biggest shopping center in New York), right in town.

After experiencing everything Syracuse has to offer, stop by one of the exceptional restaurants in the area to feed your appetite. Some of the top spots in the area have even been featured on television! Check out Dinosaur Bar-B-Que, Eva’s European Sweets, Mother’s Cupboard and Pastabilities. You can find even more great restaurants on this list.

What are the Pros of Living in Syracuse?

There are a number of pros of living in Syracuse. The low cost of living and low housing costs are major positives. Many people are also attracted to Syracuse because of the generally low crime rate. An A- grade means Syracuse is safer than 80% of metro areas.

Another major perk of living in Syracuse is the wide variety of entertainment, attractions and activities. Whether you’re eager to learn about the area’s history, get on the water or try a different restaurant every week—you’ll never get bored in Syracuse.

What are the Cons of Living in Syracuse?

One con of living in Syracuse is the climate, especially the winters. If you’re not a fan of freezing temperatures and snow—Syracuse winters may prove to be a challenge. Syracuse also has a high poverty rate, about 30.3 % of people are living in poverty, according to Census.gov.

Do you think Syracuse is a Good Place to Live?

We hope this guide has helped you decide if Syracuse is a good place to live. Now we want to know what you think—take the poll or leave a comment below!

If you live in Syracuse, or you’re thinking about moving there, premium storage solutions are just minutes away. Store Space offers secure, affordable storage in Syracuse. We have other locations in the state of New York and around the U.S., just use our storage finder to locate the facility nearest you.

We care about Syracuse!