How to Maximize Small Closet Space in 10 Easy Steps 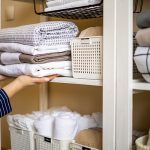 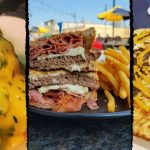 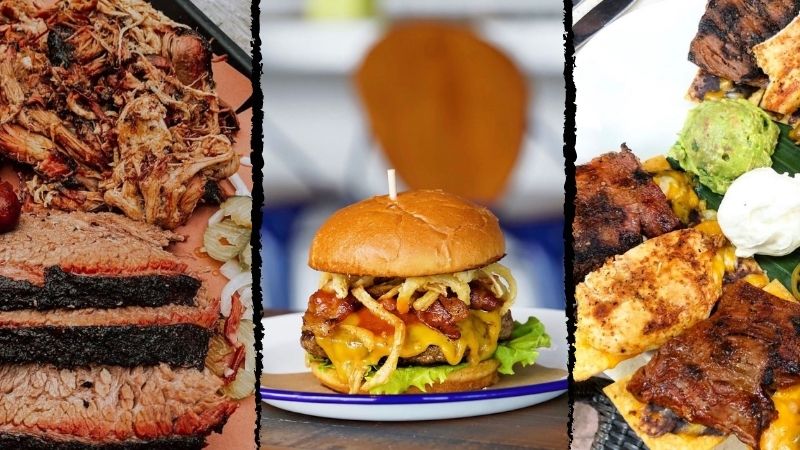 5 Foods Dallas is Known For and Where to Get Them

Equal parts Tex-Mex, barbecue and soul food, the Dallas Fort Worth area boasts an impressive culinary resume. The city’s tenure as a confluence of Mexican and American culture is largely responsible for its culinary reputation.

However, these days the city’s collective creativity has fueled a smorgasbord of new dishes, new cuisines and new culinary experiments. Down below, we will look at each of the city’s historic cuisines and highlight a few modern up-and-coming restaurants that are stretching Dallas’s culinary palate–all to properly identify the delicious food and dishes Dallas is known for.

The following are the various types of cuisine that Dallas, TX is best known for:

A post shared by Mi Dia from Scratch (@midiafromscratch)

The best Tex-Mex restaurants in Dallas are a combination of historic eateries and newcomers who have quickly infiltrated the culinary ranks. If you are searching for your own taste of Tex-Mex in and around Dallas, consider dining here:

Start off by trying the trio of salsas from Mesero or a steaming bowl of chili con queso from LADA. Then, head to Mi Dia From Scratch for a skillfully prepared dinner that can include hatch tacos, huevos rancheros or an xmas burrito. During your next Tex-Mex voyage, try Tupinamba Café, Rafa’s Café or Pepe’s & Mito’s in Deep Ellum.

Texas Barbecue is defined by its inclusion of grilled and smoked meats such as smoked brisket, sausage and pork ribs. At the most famous Texas Barbecue spots, you will also find side dishes such as white bread, coleslaw, pickles, potato salad and cornbread.

Most connoisseurs of Texas Barbecue still cite the Hill Country centered around Austin as the best region for Barbecue in the state. However, fueled by a legion of word-class pitmasters and innovators, Dallas is quickly taking charge as a hot spot for Texas barbecue. During your next Barbecue tour, try out the following spots in and around Dallas:

Start off your exploration by sampling the brisket from the Pecan Lodge, arguably the most famous barbecue destination in Dallas. Next, venture north and check out the Hatch Chile and cheese sausages from Cattleack Barbeque, and then, grab a brisket taco or two from One90 Smoked Meats. Finally, finish off your tour with a mini pecan pie from Terry Black’s Barbecue.

Largely overshadowed by Tex-Mex and barbecue, soul food is silently one of the most popular types of cuisine available in Dallas, Texas. Soul food across the United States is defined by its Southern roots and inception within Black and African American communities.

Popular soul food dishes include fried chicken, country fried steak, mac and cheese, collard greens, fried okra and many more offerings. Those looking to sample Dallas’s soul food spread will be able to do so at a number of established and well-rated restaurants. A few of our favorites are listed below:

While not as defined as The Big D’s love of Tex-Mex or Soul Food, there are several burger spots that demand attention within Dallas’s food scene. This array of restaurants, eateries and diners touches upon several different cuisines in a friendly competition to produce the best burger in Dallas. Our favorite burgers include:

Half-joke, half-not, Texans are serious about their Whataburger. While the famous fast-food spot originated further south in Corpus Christi, the DFW area is home to 56 locations combined (the third-most in Texas behind San Antonio and Houston).

Popular offerings served from the fast-food company’s orange and white buildings include the Whataburger, Honey Butter Chicken Biscuit and the Honey-Barbecue Chicken Strip Sandwich on Texas toast. While it’s not fine dining, you can’t say you have tasted all of what Dallas has to offer without sampling the Whataburger menu.

Most Unique Restaurants in Dallas

The Dallas food scene is ever expanding and evolving. Just ask anyone who has ventured into Thirsty Lion Gastro Pub & Grill or La Calle Doce. These two establishments along with a host of other kitchens support an array of innovative eats that are creatively pushing the boundaries of Dallas cuisine.

Q: What kind of food is Texas famous for?

A: Texas is well known for its diverse range of culinary options. The most popular styles of cuisine served in Texas include barbecue, Tex-Mex, Mexican, Southern and soul food.

Q: Where should I eat in Dallas?

A: When choosing to explore Dallas’s culinary palate, visitors should try to explore the many different types of cuisine represented within the city. Notable restaurants include the Pecan Lodge and Cattleack Barbeque for barbecue, Mesero and LADA for Tex-Mex, Sweet Georgia Brown for soul food and Whataburger for fast food.

Q: Is Dallas a good city for food?

A: Yes, in recent years Dallas has skyrocketed as one of the best culinary cities in the United States. In 2019, Dallas was even named Restaurant City of the Year by Bon Appétit Magazine.

Q: What are the most famous restaurants in Dallas?

Go Out and Try Some of the Best Food in Texas

The culinary choices Dallas offers are as diverse as its population and as vibrant as its culture. Whether you are a seasoned Texan looking to explore more of Dallas or a vacationer planning their first trip to The Big D, make sure to set aside enough time to grab a plate of barbecue, a helping of soul food and sample the local Tex-Mex. Looking to move to Dallas? Learn if Dallas is a good place to live.

Whataburger also offers a fast and affordable option (quite like our rental process) if you are just passing through the Dallas airport on your way to your destination.

If you do live in the Dallas area you may already know a thing or two about our quick and easy rental process, but if not give us a call at 833-786-7366 or stop by our Dallas self storage facility for professional and affordable storage near you!