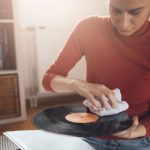 Is Amelia a Good Place to Live? Living in Ohio 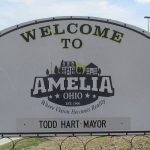 Is Albany, GA, a Good Place to Live? Pros & Cons

If you’re considering moving to Albany, you’re probably wondering if Albany, GA is a good place to live. We understand it’s important to research before you decide where to move, so we’ve put together this guide to help you make a decision.

Before you decide whether or not to move to Albany, here are a few things you need to know.

Table of Contents hide
What is Albany Like?
History of Albany
Cost of Living: Is it Expensive to live in Albany?
Safety – Is Albany Georgia safe?
Food/Entertainment: What to do in Albany
Pros and Cons of Living in Albany
Pros
Cons
Quality of Life in Albany
Storage in Albany GA
Wrapping Up: Is Albany a Good Place to Live?
Comments

These key statistics will give you an idea of Albany’s size and population. Find even more information about Albany’s history, cost of living and crime further below.

The first inhabitants of present-day Albany were the Creek Indians. They called the area “Thronateeska” which meant “the place where flint is picked up.” The name of the river that runs through Albany is appropriately named the Flint.

In 1836, Nelson Tift founded the city, in hopes that the area would become a trade center like Albany, New York. By the 1900s, the people of Albany came to realize the Flint River wasn’t suitable for steam navigation, so the city pivoted and became a rail center instead. The railroad stop became known as Union Station, and connected seven railroads. Today, it still stands as the Thronateeska Heritage Center.

Albany is in the process of redeveloping the downtown area, featuring the Flint River. As the town continues to modernize, residents and visitors can still enjoy the rich historic sites and experiences.

Cost of Living: Is it Expensive to live in Albany?

Albany, Georgia, has a crime grade of D- according to CrimeGrade.org. A crime occurs every 1:16 in the city, and Albany is in the 8th percentile for safety (which means that 92% of cities are safer). The rate of crime is 71.38 per 1,000 residents per year, with a chance of being a victim of a crime as low as 1 in 8 in central neighborhoods.

Compared to nearby cities, Albany is as dangerous if not more so, with only a few areas matching its crime grade of D- (Radium Springs, Greenough and Baconton), and many having a much better crime rating.

It is important to remember, just like any other city, there are good and bad parts of Albany. The most dangerous neighborhoods in the city are in central Albany, and the safest areas are in southwest Albany.

Food/Entertainment: What to do in Albany

There are a variety of entertainment opportunities in Albany, ranging from historic sites to must-see attractions. Plus, a number of delicious dining options.

The historic experiences in the area include the Thronateeska Heritage Center, where visitors can explore the historic Union Station, Albany Civil Rights Institute and Ray Charles Plaza, a musical sculpture honoring the famous musician.

Radium Springs Gardens is one of Georgia’s seven natural wonders. The park includes crystal clear water, scenic views and plant life. There are a number of other outdoor activities in Albany, including RiverFront Park and Turtle Grove Play Park.

Albany is also home to the Chehaw Zoo, where the whole family can learn about the animals, listen to keeper talks, and participate in feedings. The Flint RiverQuarium is a one-of-a-kind experience with a 175,000 gallon open-air aquarium.

Pros and Cons of Living in Albany

The low cost of living in Albany, GA attracts many residents. Albany’s housing costs are half as much as the state of Georgia and the national average. Albany also has lower grocery and transportation costs.

One major deterrent of living in Albany is the crime rate. With a grade of D-, Albany is in the 8th percentile for safety.

According to Niche.com, Albany has a below-average school district, with only 27% of students proficient or higher in math, and only 25% in reading.

Quality of Life in Albany

Albany offers a community atmosphere as well as a variety of opportunities for residents. The town is home to numerous entertainment options, fun for the family, educational experiences and many incredible restaurants and eateries.

The city also offers unique outdoor activities along the Flint River and scattered across town. There are golf courses and many community events in the area.

Some of the top neighborhoods in Albany include Doublegate, Lake Park and Rawson Park.

Our facility at 1512-7 Gillionville Rd in Albany offers drive-up units and climate controlled storage in many sizes. Rent today and receive an Amazon.com Gift Card† up to $20.

Wrapping Up: Is Albany a Good Place to Live?

Only you can decide if Albany, Georgia is the place for you, but hopefully, this guide has helped you come to a decision.

Albany’s low cost of living, wide array of entertainment, activities and unique attractions are major draws to the area.

However, the high crime rate and below-average public schools and a high poverty rate are not attractive factors to future residents.

No matter where you decide to move, or even if you stay put, give us a call if you need self-storage. You can find Storage Units in Albany GA or use our storage finder to locate our other facilities around the United States.