How to Pack Furniture for Long-Term Storage in 6 Steps 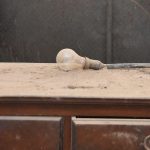 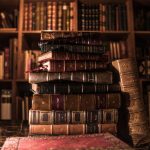 Is Newport, KY a good place to live? Pros & Cons

When considering relocating to the Greater Cincinnati area, people often ask if Newport, KY is a good place to live. We might be a little biased (since we have a location there), but before you decide, we’ll share with you some numbers and a guide to help you make an informed decision.

Newport, Kentucky, is situated at the confluence of the Licking and Ohio rivers. Directly across from Cincinnati, Newport had a reputation as “sin city,” dating back more than 100 years because of casinos, speakeasys and racketeering (and other unmentionables).

More recently, the city decided to turn its focus to family-friendly endeavors, with the construction of the Newport Aquarium (1999) and the Newport on the Levee entertainment complex (2000), effectively reinventing the city as a tourist destination.

Newport and the surrounding communities have also become important suburbs to Cincinnati, offering a lower cost of living than their cross-river counterparts.

These key statistics will give you an idea of Newport’s size and population. Find even more information about Newport’s history, cost of living and crime further below.

Cost of Living in Newport, KY

Overall, the cost of living in Newport is slightly less than the rest of the state of Kentucky and considerably less than the national average. Areas of value can be considered housing and rental costs:

Other areas of value include utilities, transportation and groceries, all below the national average.

Quality of Life in Newport

There are a number of factors that impact the quality of life in Newport. While Newport’s riverfront has turned into an entertainment district for the Cincinnati Metro, that’s led to an increase in traffic throughout the area, as well as a decline in Newport’s downtown.

Newport is well ranked in several areas. Niche.com considers it to be the 8th-best suburb for young professionals in Kentucky, with a low cost of living, great nightlife and diversity, and easy access to outdoor activities.

According to CrimeGrade.org, the rate of crime in Newport is 46.60 per 1,000 residents. Newport ranks in the 18th percentile of safety, meaning that 82% of cities are safer. This gives Newport an overall “D” rating, putting it on par with neighboring towns of Covington and Southgate, but well behind Fort Thomas.

As with most cities, there are areas of Newport that are considered safer than others. The most dangerous neighborhoods are to the central and east, while the safer areas are in the southeast of town.

As mentioned, the Newport riverfront has largely become a destination for residents and visitors to the Cincinnati Metro. Driving across the Ohio River, on either the Taylor Southgate Bridge or the Daniel Carter Beard Bridge (or walking on the Purple People Bridge) from Cincinnati, deposits visitors into the entertainment district, which includes the Newport Aquarium, riverboats, shopping, movies, and a plethora of nightlife and dining opportunities.

Of course, since many Cincinnatians are crossing into Newport, it’s perfectly acceptable to turn the tables and visit the Queen City for dining, attractions or fun. The Reds (Great American Ballpark) and Bengals (Paul Brown Stadium) play just across the river. Smale Riverfront Park is always a fun summertime destination, as is Cincinnati’s array of museums and galleries.

Getting outside of the metro area affords ample opportunity to explore. Big Bone Lick State Historic Site is about 30 miles away from downtown Newport. Boone Cliffs and Dinsmore Woods are about 40 minutes away, and although closed at this writing, offer some great hiking and exploring opportunities as well.

Pros & Cons of Living in Newport

As with any location, there will be pros and cons to living in the area. Newport has plenty to offer in terms of entertainment and adventure, supported by a low cost of living. Weighing those benefits against a higher-than-average crime rate and weather extremes is an important consideration.

Wrapping Up: Is Newport, KY, a good place to live?

Only you can decide if moving to Northern Kentucky is right for you. Hopefully, this guide has answered some of the burning questions you might have about living in Newport.

No matter where you decide to move, or even if you stay put, give us a call if you need self-storage. You can find self storage facilities in Newport, or use our storage finder to locate our other facilities around the United States.