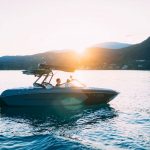 Is Brandon a Good Place to Live? Moving to Florida 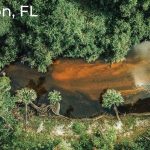 If you’re considering making the move to northern Florida, you may be wondering if Jacksonville is a good place to live. Jacksonville might seem like the perfect Florida destination for both outdoor activity and culture—but every city has its pros and cons. So, we’ve created a list to help you learn everything you need to know about Jax (as the locals call Jacksonville), before you make the move.

We’ll start by giving you an overview of the city, including some general statistics like population, land area and more. Then keep reading for our list of pros and cons of living in Jacksonville.

Jacksonville at a Glance

Jacksonville is located on the Atlantic coast of northern Florida. The Sunshine State became a U.S. territory in 1822, and Jacksonville (named after Andrew Jackson) was founded that same year. Today, Jax is home to almost a million residents; it’s the most populous city in the state, and it’s one of the largest cities (by landmass) in the United States. Here are a few more stats about Jacksonville:

Pros of Living in Jacksonville

From a low cost of living to incredible weather to awesome attractions and entertainment—Jax has a lot to offer residents. Here are a few pros of living in Jacksonville:

One attractive thing about Jacksonville is the relatively low cost of living. It is less expensive than many other places in Florida and the United States.

Jacksonville has a much lower cost of living compared to cities of a similar population size.

Another great thing about Jacksonville is the beaches. There are four beaches in the city (Jacksonville Beach, Neptune Beach, Mayport Beach and Atlantic Beach) that cover 22 miles of coastline. Even if you live in western Jacksonville, you’re never from white sand beaches. Whether you’re excited to grab a book and relax or surf the waves, Jacksonville beaches are a major pro.

Jacksonville offers a variety of outdoor adventures, vibrant culture, beautiful scenery and much more. Some popular places to experience the wildlife in Jacksonville are Catty Shack Ranch (a wildlife sanctuary), the Jacksonville Zoo and Gardens, MOSH (museum with interactive animal encounters) and the Tree Hill Nature Center.

Beyond Jacksonville’s beaches, the Timucuan Ecological and Historic Preserve is a stunning outdoor area on the Atlantic coast. The St. John’s River is one of the few rivers in the United States that flows north, and it offers boating, fishing, kayaking and more. The city is also home to more than 80,000 acres of parks to explore!

You’ll find numerous museums in the area, including the Beaches Museum, Cummer Museum of Art and Gardens, Museum of Contemporary Art Jacksonville and many more. The Florida Theater provides a number of entertainment experiences from concerts to comedy, and the Jacksonville Symphony is remarkable.

Jax is also home to the NFL’s Jacksonville Jaguars. They play at TIAA Bank Field, located on the St. John’s River in downtown. The Players Championship, a prestigious PGA Tour tournament, is an awesome opportunity to watch some of the best golfers in the world compete.

Check out more awesome things to do in San Marco.

Cons of Living in Jacksonville

There are many amazing things about living in Jax, but it’s important to weigh the pros against the cons. Here are some downsides of living in the Jacksonville area:

According to CrimeGrade.org, Jacksonville’s crime grade is a B-. This means that the rate of crime in Jacksonville is slightly lower than the average for other U.S. metro areas. Around 40% of metro areas are safer, and 60% are more dangerous. The north neighborhoods are considered more dangerous, with the chance of being a victim of a crime 1 in 27. The rate in the southwest metro area is 1 in 64. Jacksonville is generally as safe or safer than other metro areas in Florida.

Traffic in Jacksonville isn’t a walk in the park. It is a growing metropolitan area, which means the roads are busy. Like many big cities, congestion has led to rush hour woes. As the city tries to keep up with growth, road construction becomes an increasing necessity, so you can expect traffic especially on weekdays, and some on the weekends as well.

Even though Jacksonville offers multiple means of public transportation including a bus system, trolley and skyway, getting around Jacksonville is easiest by car. Jacksonville covers about 740 square miles, and some of the popular towns nearby are 30 miles away. Downtown Jacksonville is very walkable, but if you want to explore other attractions outside the city, a car is necessary (refer to point 7 regarding traffic).

Pros and Cons of Living in Jacksonville, FL

Jacksonville has a lot to offer—beautiful beaches, outdoor adventures, low cost of living, warm, sunny weather and so much more. But only you can decide if the pros outweigh the cons.

Do you think Jacksonville is a good place to live? Let us know in the comments below! If you’re considering moving to Jacksonville, check out 10 things to know before moving to Florida.

If you’re considering moving to Jacksonville, don’t forget about self-storage. Store Space cares about your storage needs, and the Jacksonville community!