How to Store Comforters in Small Spaces - In 5 Steps 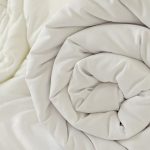 38 Businesses You Can (Actually) Run Out Of Storage Units 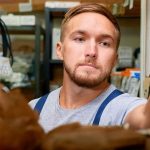 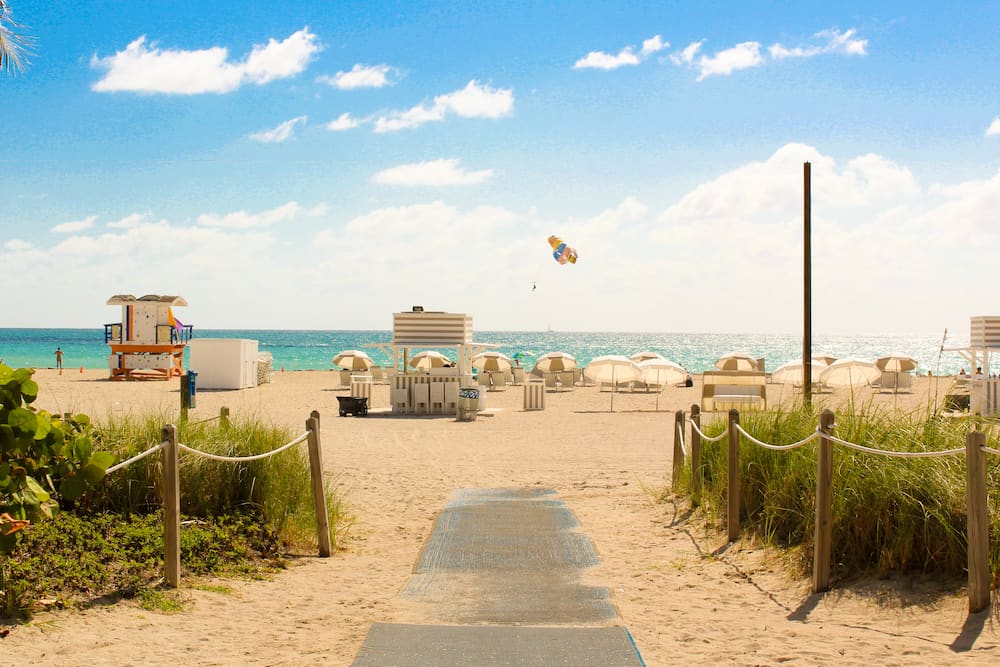 10 Important Things to Know Before Moving to Florida

There are a few things to know before moving to Florida: don’t feed the alligators, wear sunscreen and watch out for sinkholes. That’s it!

Just kidding—that’s only the beginning. Florida is the third-most populous state in the U.S., and more people moved here in 2020 than any other state. So, if you’re going to be one of the thousand people who move to Florida EVERY DAY, you’ll want to keep reading.

We’ll fill you in on everything you need to know before you move to the Sunshine State. If you need more space during the process, just rent a storage unit from Store Space! Here are a few crucial things you should know before moving to Florida.

10 Things You Need to Know Before Moving to Florida:

The Pros of Moving to Florida

Obviously, there are a lot of positives about living in Florida. If that wasn’t the case, it wouldn’t be one of the most populated, most visited, or fastest-growing states in the U.S. Here are some of the pros of moving to the Sunshine State.

This one may not come as a surprise; many people move to Florida simply for the weather. Its nickname is the Sunshine State after all. The summers in Florida are hot and humid, and the winters (a.k.a. the short cold spell during the winter months) are mild and quickly replaced by more warm temperatures. If you’re not a fan of the heat, this could be considered a con. But you know what they say: “If you can’t stand the heat, get out of the kitchen” (or at least Florida).

Pro tip: be prepared. Get a good water bottle, buy comfortable, lightweight clothes and find air conditioning! Even though the weather in Florida is enjoyable most of the time, being unprepared for the heat can take its toll on your body. Find some great ways to beat the heat here.

2.      Florida is more than roller coasters

Even though Florida is known for its theme parks, there is plenty more to do. Florida has more than 825 miles of world-class beaches, along with a variety of shopping opportunities, many beautiful outdoor spaces to explore, hike or bike, and amazing food (plus, some of the best seafood).

So, even if you don’t love roller coasters or the adrenaline rush that comes from being inverted for 100-feet (at Jurassic World VelociCoaster in Universal Studios), there is something for you.

Once you move to Florida, all your out-of-state friends and family will want to come visit, so you should get familiar with the awesome theme parks! Also, Florida residents can get a discount at Walt Disney World and Universal Studios—how cool is that?

You read that right, Florida does not have a state income tax. So, you can keep more of what you earn. Therefore, you can save more—for a new home, car, etc., or spend more—visiting Florida theme parks, beaches or traveling the world.

Now, there is a flip side, even though taxes are low in Florida you do have additional expenses like insurance. There aren’t many places in the United States where flood insurance is a must-have, but Florida is definitely one of them.

The seafood in Florida is amazing, and that’s because the state is a peninsula, surrounded by a lot of water. It’s bordered by the Gulf of Mexico and the Atlantic Ocean, so how could Floridians not take advantage of the copious amounts of seafood at their fingertips?

Not only is Florida seafood delicious, it’s also vital to the state’s economy. While Florida ranks among the top states for fresh seafood production, the fishing and seafood products industries also create jobs and contribute hundreds of millions of dollars to the economy.

Pro tip: it’s easy to get overwhelmed about the number of great seafood places in Florida, but you can check out some of the best options on this list.

If you like sports, you’ll love Florida. Not only is Florida home to many professional and collegiate sports teams, but many of them are championship-caliber teams. The Tampa Bay Lightning (NHL) won the Stanley Cup in 2020 and 2021. The Tampa Bay Buccaneers (NFL) won the Super Bowl in 2021, and the Miami Heat’s (NBA) most recent championship win was in 2013. Plus, there are even more professional sports teams you can cheer on in Florida!

Florida is also home to the professional baseball teams who play in the “Grapefruit League,” for MLB Spring Training. Catch a game from late February through late March.

Cons You Should Know Before Moving to Florida

Even though Florida is a popular state, there are some cons you should know about before moving there. Here are a few:

Didn’t think you would need to know about sinkholes before moving to the Sunshine State? You were wrong! Not only are they common, but west-central Florida is home to “Sinkhole Alley.” Thanks to the karst limestone environment and weather conditions, this area of Florida is especially prone to sinkholes.

Pro tip: be sure you know the common signs of sinkholes and what to do if you believe there is a sinkhole on your property.

Florida is extremely well known for its alligator population; it is the mascot of one of the most popular universities in Florida after all. But did you know, there are actually more American Alligators in the state of Louisiana than Florida? Don’t worry, Florida still has plenty of these big reptiles—a whopping 1.3 million alligators call the state home. Florida is the only place in the world where you can find both the American Alligator and the American Crocodile in the wild. Even if you have herpetophobia (the fear of reptiles) don’t cancel your moving plans just yet. The Florida Fish and Wildlife Conservation Commission explains that alligator attacks are extremely rare.

Even though Florida is most famous for its giant reptilian creatures, there are many other animals and wildlife in the area. From sharks, snakes, to panthers, manatees, bats, beavers and big bugs—you can find almost anything in Florida. You probably won’t find polar bears, though. Unless you visit a zoo!

You can also experience many plant species and ecosystems in the area. Florida is one of the most biodiverse states in the U.S., and its climate encourages the growth of a variety of plant life.

You need to know about hurricanes before moving to Florida. Hurricane season hits Florida from June 1st to November 30th. Unfortunately, Florida has been hit by more hurricanes than any other state. But the most important tipؙ—be prepared. You can find hurricane-resistant homes or renovate a house to protect it from hurricane damage. (Look into products such as ICF walls and improved roofs.) You’ll also want to invest in a quality insurance policy just in case things don’t go as planned. Check out this article for tips and tricks to prepare for your first hurricane.

Pro tip: You’ll also want to have a hurricane kit or “go-bag” in case you need to evacuate. Here is a good list of things to include in your kit, along with more hurricane information.

We’ve all been a tourist at some point, but Florida tourism is its own beast. Florida is one of the most visited states in the U.S, and we know why. With several theme parks, beautiful beaches and various outdoor attractions, everyone can find something to do in Florida. So, get ready for seasonal crowds and an influx of people throughout the year (maybe plan your own vacation during spring break).

Pro tip: not every city in Florida has the same number of tourists. Orlando is the most visited city in Florida, so if you move there, you’ll find tourists wherever you look. But, find a house on Vero Beach and you’re less likely to be bothered.

There are a lot of tourists in Florida, but there are also a lot of students, 1.07 million to be exact. Plus, 87.6% of college students in Florida are from out-of-state—so they moved to Florida just like you!

FAQs: Things to Know Before Moving to Florida

A: Any place you’re looking to move will have its pros and cons. We recommend making a list of the things you need and the things you can do without. It’s always a good idea to do your research, and check neighborhood data sites like Niche.com if you want more information!

Q: Why shouldn’t you live in Florida?

A: Florida ranks 5th on the list of Federally Declared Disasters Since 1953. But, natural disasters can happen anywhere. Even though Florida can be prone to these disasters, being prepared and knowing what to do can ease your mind.

A: Some of the top-paying jobs in Florida are surgeons, pilots and flight engineers, physicians, judges and dentists. The most popular jobs in the Florida job market include retail salespersons, customer service representatives and cashiers.

Q: What is the worst part of Florida?

A: Based on the report “Total Index Crime by County in 2019” from the Florida Department of Law Enforcement, the most dangerous areas of Florida in 2019 were Miami-Dade County, Broward County and Orange County.

Q: Which part of Florida is the best to live in?

A: There are many great cities in the state of Florida, but some of the most popular places include Naples, Miami, Jacksonville, Orlando, Melbourne, Fort Lauderdale and Sarasota. Check out this list of the best places to live in Florida that factors in safety and affordability.

Wrapping Up: Things to Know Before Moving to Florida

Here is a summary of important things to know before moving to Florida:

There are a lot of things to know before moving to Florida. But we have one more tip—a big move can always be made easier with self-storage.

Get more space with Store Space! Our storage units are convenient and gator-proof (as far as we know).

Just use our storage finder to locate your nearest facility.

We care about future Floridians!