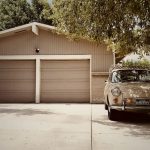 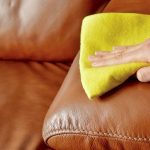 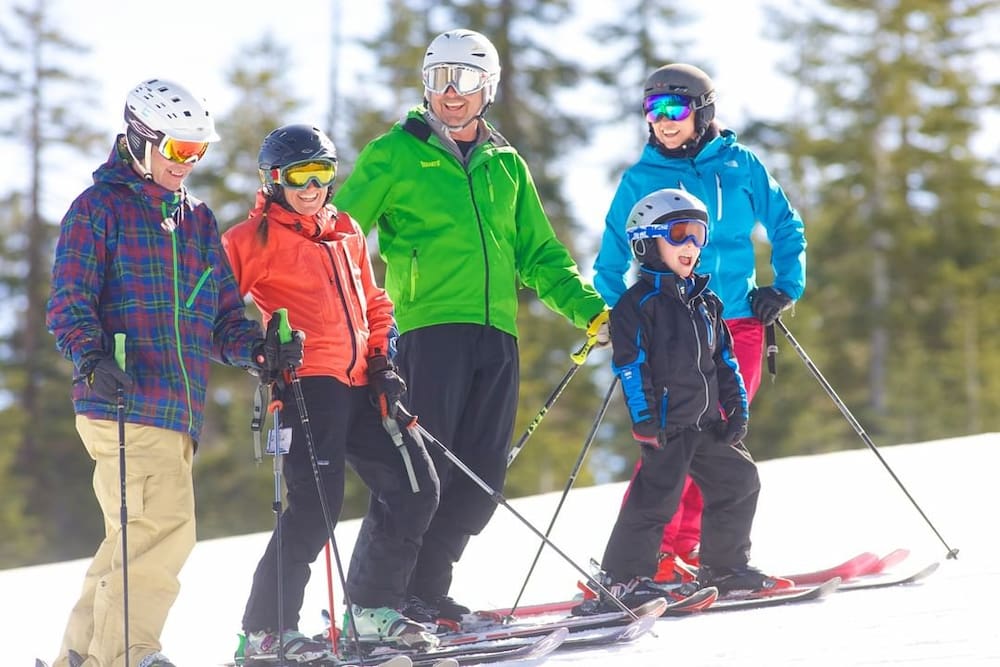 7 Amazingly Affordable and Uncrowded Ski Destinations in the U.S. 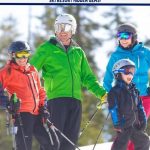 With ski season right around the corner, we’ve compiled a list of seven of our favorite affordable and uncrowded ski destinations and resorts around the United States (plus a few honorable mentions, too).

Any blog can give you the top ski destinations in the U.S. or the world. (Just for the record, your bucket list should include Whistler Blackcomb in Canada, Zermatt and the Matterhorn in Switzerland, Hokkaido in Japan, or Vail and Aspen in Colorado.)

But what about those hidden gems? The places that are the least crowded ski resorts, don’t cost an arm and a leg, and are close enough to non-resort towns where the pizza isn’t $15 a slice (and pepperoni is extra).

Here’s our take on some ski areas that offer amazing snow, represent great value, and probably weren’t on your radar—until now. Time to get those skis and boards out of storage and crash some pow-pow, as the kids might say.

Any guesses about affordable and uncrowded ski destinations we found in these states?

The first stop on our list of the top ski destinations in the U.S. is Ski Cooper, just 15 minutes from Leadville, Colorado. When most people think of Colorado ski areas, resorts like Vail, Aspen and Telluride come to mind. But Ski Cooper was originally developed during World War II to train the elite 10th Mountain Division, making it one the state’s oldest areas.

Ski Cooper has a base elevation of 10,500 ft., making the snow fluffy and light. Beginners and intermediates can spend the day on the historic side of the mountain, while experts can challenge the double-diamond runs in Tennessee Creek Basin.

Surrounded by many of the state’s 14ers, Leadville’s heyday was in the late 19th Century, when as a silver mining town, it was second-most populous in the state. Today, the population is less than 3,000 and the town has several bed and breakfasts, hotels and motels, plus restaurants and pubs.

Denver is about a two-hour drive away, but Buena Vista is just 50 minutes to the south, which offers its own small-town charms at the foot of Mt. Princeton.

Bluebird Backcountry in Kremmling has none of the lift-lines you’ll find at other resorts on this list. In fact, there are no lifts at all. Skiers affix skin tracks to their skis and ascend slopes by climbing. At just $59, with plenty of slopeside parking, a variety of terrain options, and a hip, grassroots vibe, Bluebird is blazing its own trails.

“Bluebird Backcountry in north-central Colorado is one of my new favorite ski locations, but it’s still very much off the radar for most skiers,” says Christine Wang of TheSkiGirl.com. “This isn’t your typical resort because there are no chairlifts, and the entire goal of the resort is to let you have a more accessible backcountry experience.”

Away from the hustle and bustle of Lake Tahoe, Dodge Ridge was opened in 1950 as a family ski area, less than two hours from Modesto, California. Skiers and riders of all abilities are welcome, with 40% of the mountain devoted to advanced skiers, 40% to intermediates and 20% to beginners.

Dodge Ridge features a vertical drop of 1,600 ft., with Granite Bowl the preferred destination for experts. There are also several terrain parks to accommodate skiers and riders of all abilities.

While there are small towns nearby, many visitors opt to stay in Sonora, California, about 45 minutes away. Sonora was a mining town during the California Gold Rush, and its current-day population of nearly 5,000 still embraces the region’s rich history.

While not a ski area, Carson Valley is an under-the-radar ski town for anyone looking for resort-level skiing, but accommodations on a budget.

“Carson Valley accommodations are ideal for individuals and families seeking a basecamp that won’t break the bank,” according to VisitCarsonValley.org.

Heavenly Ski Resort is less than a half-hour away (hint: Stagecoach Chairlift is usually less crowded than the California lodge side of the mountain) and Kirkwood is about 45 minutes to the west.

Carson Valley includes the towns of Genoa, Minden, Gardnerville and Topaz, all of which offer easy access to Lake Tahoe or Carson City and Reno. Summers notes that several hotels offered mid-week rates under $100/night.

Located on the second-highest peak in Maine, Sugarloaf has been on skiers’ radar since the Sugarloaf Mountain Ski Club and some other locals cut a trail through the trees up the eponymous mountain sometime in 1950. By the mid- ‘60s, the first chairlift was installed, and snowmaking came to the area a decade later.

At 2,820 ft., the ski area has the second-greatest drop in elevation in New England, and has the only lift-serviced, above-treeline skiing in the East. It’s well-balanced for all types of skiers with 23% beginner, 34% intermediate, 27% advanced and 16% reserved for experts only.

Unlike some of the other ski areas on the list, Sugarloaf is a traditional ski resort adjacent to the town of Carrabassett Valley, offering lodging, shopping and dining. Lift ticket discounts are available when booked through the resort.

Located a half-hour west of Laramie, Wyoming, Snowy Range Ski and Recreation Area is a quiet ski resort, open 7 days a week for skiing and snowboarding in the Medicine Bow-Routt National Forest.

Southeastern Wyoming and northern Colorado locals go to Snowy Range to avoid the mountain highway traffic, the lift lines, and the high costs associated with the big-name resorts. Snowy Range has a family atmosphere with 10 beginner trails, 12 intermediates and 8 expert trails. Experts, stick to The Chute and Sundance lifts for access to more challenging runs.

There is dining and a gift shop in the base lodge, while the nearest lodging is in Centennial, Wyo., although Laramie (home of the University of Wyoming) is nearby, with several chain hotels, multiple restaurants, and brewpubs, and much more.

Situated on the slopes of the highest point in all of Arizona, Arizona Snowbowl is a skier’s oasis in the middle of a state better known for its deserts than its downhills.

At 12,633 ft. Mt. Humphreys is the tallest of the San Francisco Peaks, and Snowbowl lives on its western slope. Lifts service to 11,500 ft. and intrepid hikers can access the experts-only upper bowl (elev. 12,000) with a short uphill hike. A third of the area is rated for expert or advanced skiers, 22% is beginners and 43% is intermediate.

Lodging is available onsite in the lodge or cabins, or Flagstaff is about a half-hour away, offering the college-town ambiance surrounding Northern Arizona University. Just so you know, the 24 oz. American Wagyu Ribeye at Flagstaff’s Tinderbox Kitchen costs more than a full-day adult lift ticket.

Opened in 1938, Hoodoo sits near the summit of Santiam Pass in central Oregon. This family-friendly ski area is close enough for day-skiing from much of western and central Oregon; Bend is 44 miles, Salem is 95 miles, and Eugene is 80 miles away.

The ski area is divided between 30% beginner, 30% intermediate and 40% expert terrain. Head to Hoodoo’s backside for deep powder or stay on the front for smooth groomers.

RV camping, a rarity at ski resorts, is available on the south side of the parking lot. There’s also an onsite lodge, or multiple lodging opportunities in the town of Sisters, just 20 miles to the east.

According to Visit Central Oregon, Hoodoo is the only central Oregon ski resort to offer night skiing, making it a “great value to those who want to ski and ride under the stars.”

With 3,000 skiable (and rideable) acres and 111 trails, Whitefish Mountain Resort in Montana is one of the largest resorts on our list, offering plenty of room to get your snow on. Skiers flocked to the area now known as “Big Mountain” more than a decade before the first T-Bar opened in 1947.

“If affordability, low crowds, warm service, and a locals vibe make your ears perk, then Whitefish is hard to beat,” offers Jordan Brady, an avid skier and founder of Journey Bound Travel Co. “There is terrain for everyone, including beginner access on the backside of the mountain. Intermediate skiers and boarders can pretty much ski anywhere on the mountain, and for the advanced/expert shredders in the room, you’ll be able to find your stash whether your fancy is backside bowls, well-maintained glades, or steep chutes.”

Glacier Park International Airport is less than 20 minutes from the ski resort, or for a unique travel experience, travel by rail on Amtrak’s Empire Builder line which stops at historic Whitefish Depot. Lodging is available on the mountain or in the town of Whitefish, about 15 minutes south.

Obviously, the next step is to plan your ski trip, take the gear out of storage, and hit the road. We hope our list of affordable and least-crowded ski destinations reminds you that the thrill of boarding or skiing doesn’t have to involve waiting in lift lines or damaging your credit rating to pay for lift tickets.

At Store Space, we know ski and snowboarding gear and winter clothing can take up a lot of room in a garage or basement, so remember us when it’s time to hang up the boots for the season. Use our storage finder to locate a secure, affordable Store Space storage facility near you!

Note: Single-day lift ticket and season passes prices noted above are standard, non-discounted rates for adults (ages vary), as posted on Nov. 11, 2021. Ski or snowboard at your own risk, but be safe! Store Space bears no liability for updates or changes on the info presented herein.