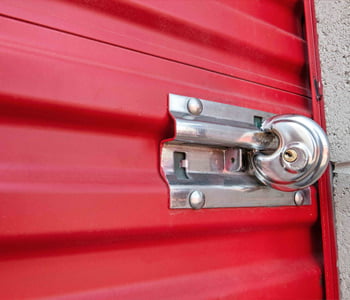 Storage Units in Angola, IN

Angola is a thriving, historic city located in northeastern Indiana. It’s home to one of the best Main Streets in the state of Indiana, so it’s only fitting it has some of the best self-storage, too!

Store Space is determined to offer the community of Angola a premium storage experience with convenient rentals and easy move-ins.

Rent a unit today! Just click over to our store pages, or give us a call. Check out our Angola location below or visit our store pages to see our low rates and availability.

Whether you need more space as a homeowner, renter or business owner, we can help. Store Space can store everything from small boxes and bins to inventory and large equipment!

Features and amenities at this location include:

If you want to know more about the types of storage we offer and what makes us love Angola, keep reading!

Types of Storage Available in Angola

In order to ensure you find the right unit, we offer a range of unit sizes, amenities and features. Our storage units range from 5x7 (35 sq. ft.) to 10x20 (200 sq. ft.) and larger. We also offer convenient drive-up storage and vehicle storage.

Our most popular sizes include:

Drive-up storage is the ultimate solution for anyone looking to visit their unit often. Whether you’re a small business owner seeking a spot for excess inventory, or a resident looking for a convenient and safe place to store your watercraft, a drive-up unit is the way to go. Simply drive right up to the unit door to load or unload your items.

Are you searching for vehicle storage in Angola? Look no further than Store Space. We offer drive-up storage for cars, motorcycles, trucks, boats and recreational vehicles. Check out our vehicle storage guides for more information.

If you’re looking for car storage in Angola, check out Store Space. Many will fit in a 10x20 drive-up storage unit, while larger cars and trucks will require a larger unit.

Keep your motorcycle in a drive-up storage unit while you’re not on the road. Most motorcycles will fit in a 5x10 storage unit, while side by sides require a 10x10 space or larger.

Finding RV storage in Angola just got easier. We understand that your recreational vehicle can take up a lot of space—but we have room for it at Store Space! Keep your low-profile pop-ups and small campers in our drive-up units.

Whether you need a spot for your kayak between adventures or a safe place for your fishing boat, Store Space offers secure boat storage. We offer drive-up storage for your kayaks, canoes, paddleboards, jet skis and other boats.

Located in the northeastern corner of Indiana, Angola is home to about 9,000 residents, a highly rated university, a vibrant and historic downtown, and a variety of outdoor opportunities.

Angola is the county seat of Steuben County, and is known as a great place for both retirees and young professionals. Keep reading to learn some of our favorite things about Angola!

Angola was founded in 1838 by Thomas Gale and Cornelius Gilmore. It was named after Angola, New York, where many of the early residents came from. Shortly after it became the seat of Steuben County.

A variety of other buildings in Angola are listed on the National Register of Historic Places, including the Powers Church, Steuben County Courthouse, Steuben County Jail and more.

The university is well-known for its school of engineering and is considered a top university in the Midwest. Trine University is a Division III school, home to the Trine Thunder. Catch a variety of sporting events at the university and cheer on the home team!

What to do in Angola

Angola offers a variety of activities from arts and culture to outdoor entertainment. Here are some of our favorite things to do in Angola.

Catch a movie at the Brokaw Movie House in downtown Angola. The theater first opened in 1931 and has been renovated and restored to showcase its original art deco style. Downtown Angola offers a variety of shopping and dining opportunities, festivals, parades and community events.

Commons Park is the largest park in the city, covering more than 100 acres. The park includes athletic courts, a playground, and picnic tables, as well as areas to watch wildlife, shoot archery or simply explore the outdoors. Steuben County is home to 101 lakes, including Crooked Lake and Lake James, just north of the city.

Whether you’re in the mood for biscuits and gravy in the afternoon, mouthwatering chicken wings or a juicy steak, Angola has it all.

Some of the popular restaurants in the area include Village Kitchen, Jed’s Barbeque & Brew (try their southern-style wings), Casa Azteca, Timbers Steakhouse and Seafood and Mama’s Place (breakfast is served all day).

You can also head to Fort Wayne (about 45 minutes away) to experience even more culinary masterpieces in northeastern Indiana!

Q: How much is a storage unit in Angola, IN?

A: The price of a storage unit in Angola varies depending on unit size, features, amenities and facility location. Store Space ensures you always get our best deal by shopping the competition regularly. Visit our store pages to view rates and promotions.

A: A 5 ft. by 7 ft. storage unit covers 35 sq. ft., and is about the size of a small closet. These units can be used to store boxes and bins, small furnishings, outdoor equipment and more.

A: A 10 ft. by 10 ft. storage unit is 100 sq. ft., about half the size of a one-car garage. You can store the contents of a one-bedroom apartment, including large appliances, furniture, boxes and bins.

Q: Is it illegal to live in a storage unit in IN?

A: Yes, it is illegal to live in a storage unit in Indiana. It is also very dangerous, and against local housing laws.

We understand that security is at the top of your priority list, so it is on ours, too. We offer advanced features so you can store with confidence. Complete a Touchless Rental today, just give us a call or click over to our store pages.

Check out our facility in Angola or our other locations in Indiana or around the United States. Find your closest facility with our storage finder. We care about Angola!

Your browser is out-of-date!

Update your browser to view this website correctly. Update my browser now