Awesome Things to Do in San Marco, Jacksonville 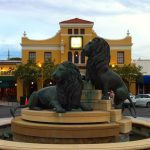 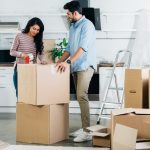 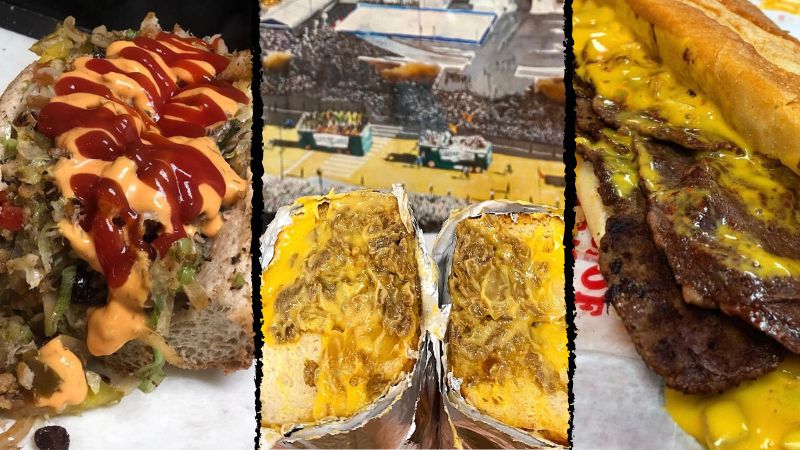 Before “youse guys” start arguing about Pat’s or Geno’s, we need to clarify something. This blog isn’t about one of the greatest food rivalries of all time, we’re here to talk about the best cheesesteaks in North Philadelphia.

The culinary masterpiece that is quintessentially “Philadelphia” is undoubtedly the Philly cheesesteak. You’ll find this epic Philly food all over The City of Brotherly Love—from Center City to East Passyunk to Chestnut Hill and beyond. The awesomeness of Philly cheesesteaks shines in North Philadelphia, so even if you’re a die-hard South Philly cheesesteak fan, it’s time to head up north and try something new.

We’re here to guide you on your cheesesteak journey. Whether you’re going through Germantown or rolling around Roxborough, this is your sign to stop and grab a cheesesteak while you’re in the neighborhood.

History of the Philly Cheesesteak

Pat Olivieri invented the legendary cheesesteak back in 1930. It all started with a hot dog stand—Olivieri owned a hot dog stand in a largely Italian neighborhood and one day he wanted to try something different. So, he got some meat from the butcher, cooked it, and put it on a hot dog roll.

A cab driver came by and said he wanted to try it, and the rest is history.

The cheese came soon after, and then Pat opened Pat’s King of Steaks. Geno’s Steaks opened in 1966 right across the street. They both boasted the best cheesesteaks in Philly, and the cheesesteak rivalry was born. If you want to catch a front row seat to these two steak shops slugging it out, head down to Passyunk Avenue in South Philadelphia.

Now that you know what a Philly cheesesteak is and a little history, it’s time to get to the meat of the subject—where to find the best cheesesteaks. Check out our top cheesesteaks in North Philadelphia!

Want a cheesesteak the size of your arm? Then you need to head to Max’s Steaks. This shop offers a variety of options including chicken cheesesteaks and even a pizza steak (sirloin steak on an Italian roll with pizza sauce and cheese). You might recognize Max’s from their cameo on the NBC show This is Us or the movies Creed I and II.

Chubby’s Steaks has been around since 1987, offering classic cheesesteaks and hoagies. There’s a cheesesteak rivalry in Roxborough too—Chubby’s and Dalessandro’s (coming up next) are right across the street from each other. Only you can decide which is your favorite, but Chubby’s is known for their juicy, chopped meat and sweet onions.

Now for the rival. Dalessandro’s Steaks and Hoagies boasts one of the best Philly cheesesteaks in Philadelphia, according to critics and cheesesteak connoisseurs. Their cheesesteaks are extremely fresh, and deliveries with bakery, meat and produce deliveries coming in throughout the day. Dalessandro’s takes customizing your cheesesteak to another level, offering mild to scorching peppers, three cheese options, ketchup, mayo or even marinara sauce.

About a mile away from the cheesesteak rivals in Roxborough is Barry’s Steaks. Want to hear a funny story? Barry actually started making cheesesteaks at Dalessandro’s in 1967. He decided to go out on his own (with his wife) and they opened their own joint in 1989. Barry’s unique menu (including buffalo cheesesteaks, Italian cheesesteaks and pepperoni pizza steaks) makes them one of the top cheesesteak restaurants in North Philadelphia.

McNally’s Tavern has been serving up sandwiches, soups, salads and more for almost a century. Their most popular (and iconic) cheesesteak is the Schmitter. A flash-broiled Kaiser roll loaded with sliced beef, extra cheese, fried onions, tomato, grilled salami and their top-secret Schmitter sauce. You don’t want to miss this one-of-a-kind cheesesteak!

A post shared by Steves Prince of Steaks ® (@stevesprinceofsteaks)

If you’re in the mood for a classic, cheesy, chewy cheesesteak in Northeast Philly, you have to stop at Steve’s Prince of Steaks. There have other locations around Philadelphia, but their Northeast location is the OG. Pick your toppings (you can even add bacon) and grab some napkins as their cheesesteaks are messy, but delicious.

Sister Muhammad’s Kitchen offers both vegetarian and non-beef cheesesteak options. The restaurant serves fresh lamb and salmon cheesesteaks, as well as a Muslim Fish Hoagie and veggie steak sandwiches. Head over to Germantown to try this delicious restaurant!

What is a Philly Cheesesteak?

If you’ve never had a Philly cheesesteak before or you don’t know what it is, you’re either new to the Philly region, or obsessed with tomato pies. No matter the reason, you’re about to experience the life-changing moment of taking the first bite of a juicy, delicious cheesesteak.

The Philly cheesesteak is a masterpiece. It’s a sandwich unlike any other, and an extraordinary edible experience. In short, it’s a crusty roll filled with sauteed beef and melted cheese. What’s so special about a beef sandwich with melted cheese?

The accepted cheese for this sandwich is either Cheez Whiz, (but just say “Whiz” to sound like you know what you’re doing), American or Provolone. You can also add onions, mushrooms, sweet or hot peppers and much more.

Before you head up to the counter to order your first cheesesteak, you need to know what toppings you want and how to say it. Philadelphians say, “wit” or “wit’out” when ordering their cheesesteaks, so if you’re itching for a cheesesteak with Cheez Whiz and no onions, ask for a “Whiz wit’out.” Or ask for an “American wit,” a cheesesteak with American cheese and onions. (Pay attention, there will be a quiz later.)

What is the most famous Philly cheesesteak?

The most famous Philly cheesesteak is Pat’s King of Steaks, at the southern end of South Philly’s Italian Market. The founder, Pat Olivieri, also invented the steak sandwich in 1930 and the restaurant is still owned and operated by the Olivieri family.

What is an authentic Philly cheesesteak?

What does “whiz wit” mean in Philly?

“Whiz wit” is a Philly cheesesteak with Cheez Whiz and onions. If you don’t want onions, ask for a “whiz wit’out.”

What kind of cheese is best on a Philly cheesesteak?

The cheese on a Philly cheesesteak is crucial. The best cheeses to put on a cheesesteak are either provolone, American or Cheez Whiz.

Get out and Go Get a North Philly Cheesesteak

Are you hungry for a Philly cheesesteak? We are! Let us know your favorite cheesesteak in North Philly in the comments below, and check out the best casual dining in Philadelphia as well as the best soul food.

You may not be able to store Philly cheesesteaks in a storage unit (as tempting as it may be), but you can always benefit from self-storage! Our North Philly Self Storage locations are on W Erie Ave, C St., E Price St, and Wayne Ave.