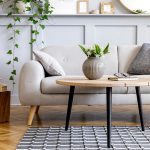 Moving with Pets: 15 Smart Tips to Prepare Your Pet for the Big Move Easily 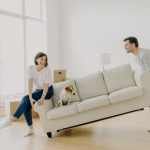 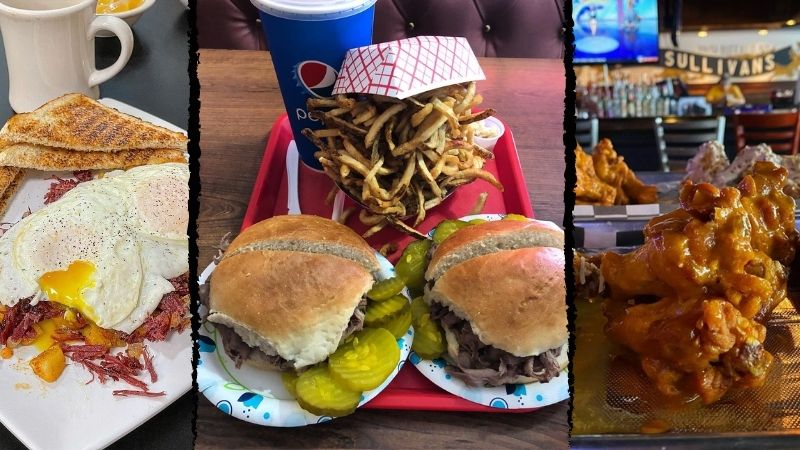 If you’re looking for the best restaurants in Lackawanna, the tendency might be to blurt out “WINGS” as the default answer. But just because Lackawanna is next door to America’s de facto wing capital—Buffalo—doesn’t mean the city is awash in Frank’s hot sauce.

In fact, Lackawanna has a wide range of cuisine to choose from, representing many of the cultures that migrated to western New York seeking jobs in the steel industry more than a century ago, as well as those of modern-day immigrants from around the world.

In the next few paragraphs, we’ll share 12 of the best restaurants and cafes we found in the general Lackawanna area, focusing on local eateries that are well-regarded on multiple review sites such as Yelp and Trip Advisor.

We’ve also highlighted some of the area’s most well-known foods, and where to find them, such as beef on weck, Buffalo Style Pizza and, yes, even wings.

A good day always starts with a good breakfast, which is why we’re starting our list with a couple of notable breakfast places in and around Lackawanna.

Rooster’s Café has to be at the top of our list of breakfast eateries, if for no other reason than its awesome retro-diner feel.  Picture a red and white checked floor and ceramic roosters adorning every surface. Breakfast consists of the standard fare (eggs, pancakes, hash browns, etc…), but tasty, large and affordable portions make it worth the trip.

We really like the name of The Poked Yolk, but even better is its namesake dish, consisting of home fries, chorizo, onions, green peppers and melted cheddar jack cheese, topped with two eggs, any style. Fortunately, the Poked Yolk has multiple area locations just minutes from Lackawanna.

Dining Out in Lackawanna

Choosing an exceptional dining experience is easy in Lackawanna, even if you’re on a budget. Our three picks in this category are more expensive than typical fast-casual but are priced less than some of the upscale eateries in Buffalo proper.

Consistently in the top 10 of reader polls and review websites is Mulberry Italian Ristorante. The chicken parmesan and homemade lasagna tend to be among the most popular and frequently mentioned dishes, while the “old school cool” ambiance gives the Mulberry a leg up on any of the area’s competition.

Curly’s Grille has long been a Lackawanna institution, offering the freshest meats and seafood, as well as a gluten-free menu. Sure, there are upscale interpretations of regional favorites (think gnocchi poutine and beef on weck mac & cheese, for starters), but we really like the Caribbean influences that can be found throughout the menu, especially in the jerk-seasoned sandwiches and entrees.

A post shared by Eat Your Heart Out Buffalo (@eat_your_heart_out_buffalo)

Since 2003, The Dove Restaurant has been serving its family recipes firmly entrenched in Italian-Continental cuisine. Standouts include their 12 oz. grilled pork chop, linguine with shrimp and clams, as well as the shrimp scampi. Gluten-free options are also available.

With its proximity to Buffalo, it’s inevitable that some Lackawanna eateries are going to have wings. There’s no way to settle the debate on who has the best wings without trying all of them yourself, but we do have a couple of Lackawanna-adjacent spots that are always in the conversation.

Just north of Lackawanna in Buffalo’s Irish Heritage District, Doc Sullivan’s serves Smitty Wings with a dozen different sauces to consider. For a more unique experience, opt for the creamy, tangy beef on weck sauce (yep, it’s not just a sandwich, but more on that later).

Although wings have been on Duff’s menu for more than 50 years, it wasn’t until the mid-‘80s that the tavern added “Famous Wings” to its name. Heat is the key ingredient in their sauce, and their website warns that “medium is hot, medium hot is very hot, and hot is very, very hot!” The closest location to Lackawanna is just to the south, although multiple locations can be found across the Buffalo metro.

Buffalo has laid claim to its own style of pizza, unsurprisingly called Buffalo Style. It features a thick crust resembling focaccia with its light and fluffy texture. The sauce will be sweet rather than tangy, and the toppings need to go all the way to the edge.

That’s how we order it at Imperial Pizza, just north of Lackawanna proper on Abbott Road. Imperial has plenty of specialty pizzas, wings and sandwiches, but start with the basics: a cheese or cheese and pepperoni to get the full effect of Buffalo Style.

Beef on Weck in Lackawanna

There’s no question that wings are the best-known cuisine from the area, but beef on weck is a close second, especially for anyone who grew up in the region. What is it? Beef on weck is a carved roast beef sandwich served on a salty kummelweck roll and served with horseradish. You’re likely to find variations at restaurants throughout the area, but one of the best is in Lackawanna: Steve’s Pig & Ox Roast.

Steve’s is an inexpensive, no-nonsense eatery, focused on sandwiches with meats that have been cooked over charcoal, including roast beef, ham, lamb, chicken, turkey, even whole pigs (no ox that we’re aware of, though). Throw in a side of crispy curly fries or potato salad or macaroni salad and you’re all set.

Highly rated for its scratch-made fare and large craft beer selection, locals in Lackawanna laud the lamb burger at Winfield’s Pub. Make sure to start with the brisket poutine. Winfield’s is also well-known for its soups and its hearty upscale entrees like chicken pot pie or beef bourguignon!

The greater Buffalo area has seen a fair share of immigrants in the last couple of decades, many displaced from their home countries because of wars or disasters. This has, directly or indirectly, led to a number of amazing ethnic restaurants in the region.

Restaurants featuring Yemeni cuisine have definitely come to the fore lately, with Crave King (2693 S. Park Ave., Lackawanna) as one of the local standouts. We’re hungry for some lamb Haneeth, a slow-roasted and marinated dish served with rice and spicy cause that is normally reserved for special occasions.

Our facility at 3380 South Park Ave in Lackawanna offers drive-up units and climate controlled storage in many sizes. Rent today and receive an Amazon.com Gift Card† up to $50 and up to 1-month free storage when you rent online!

Wrapping up: What are the Best Restaurants in Lackawanna?

Just because Buffalo is saturated with dozens of restaurants vying for the title of “best wings,” doesn’t mean you can’t find variety. In Lackawanna, especially, there are more than a few options to explore everything from pub food to affordable yet tasty Italian, as well as all the cuisine that’s made the area famous.

Here are 12 of our favorite restaurants in Lackawanna:

Whether you agree or disagree, we want to know! Tell us which are your favorite Lackawanna restaurants in the comments below.

We care about more than just offering affordable, premium storage solutions, we also care about the communities we serve. Our self-storage facility is located at 3380 South Park Ave in Lackawanna.