How to Properly Store Stuffed Animals For Long-Term Storage 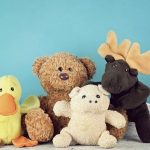 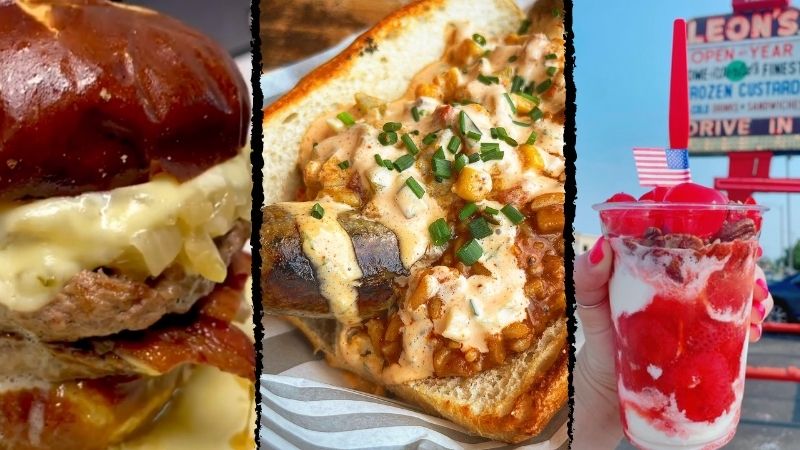 What food do you think Milwaukee is known for? If cheese comes to mind, you’re not alone. The state of Wisconsin is nicknamed “America’s Dairyland” after all. But Milwaukee is much more than that. Some even consider it a food lover’s paradise.

The city has invested $3.5 billion in the downtown area since 2010. All that growth, construction and improvement has made way for an awesome food scene. Plus, they’re not done yet—the city is planning a major development project, Connec+ing MKE, in hopes to shape the next 20 years of programs and changes downtown.

No matter what, Milwaukee will continue to have rocking culinary choices. From cheese curds to frozen custard to brats—don’t just take our word for it, check it out!

First and foremost, Milwaukee is known for cheese curds. Even though this popular side is also loved in the Midwest and in Canada, the city of Milwaukee has some of the best around.

The exact origin of the cheese curd is unknown. Some say it started in Ancient Rome, when they created a dish called Globuli, fried curds of cheese. Others believe a legend which involves a traveling nomad who brought milk on his journey, but it curdled (due to the bag containing the enzyme rennin).

Even so, Wisconsin’s elaborate and decorated cheesemaking history makes it a well-known spot for this delicious fried snack.

You can find amazing cheese curds all over Milwaukee, but our favorites are located at Milwaukee Brat House, Camino and AJ Bombers (served with their chipotle ranch dipping sauce!).

Another great way to enjoy cheese curds is in poutine, a Quebecois dish consisting of French fries and cheese curds covered in brown gravy. Most restaurants serving cheese curds will also have poutine, but we’re partial to the pot roast poutine at Lakefront Brewery.

Milwaukee is known unofficially as the “frozen custard capital of the world,” because it is home to such a large concentration of frozen custard stands and shops (maybe even the largest in the world). Again with the dairy theme, custard is essentially ice cream with an added 1.4% pasteurized egg yolk, giving it a smooth and creamy texture.

Many iconic stands started in Milwaukee in the 1930s and 1940s, so there’s no better place to try some frozen custard than Milwaukee! Check out the oldest stands in the city including Leon’s, Gilles and Kopp’s for this classic, tasty treat.

A post shared by The Fish Fry Guy (@fishfryguide)

European immigrants brought the fish fry to Wisconsin in the 1800s. Many of them abstained from meat on Fridays, so Friday fish frys were an inexpensive and delicious alternative.

By the 20th century, residents realized there was an abundance of fish in Lake Michigan, making it an economical dining option. Fish frys then became a popular Milwaukee tradition. In the 1940s and ‘50s, Louis and Ruth Hirschinger introduced the all-you-can-eat-family-style fish fry.

Today, fish frys aren’t typically all-you-can-eat, but they’re just as popular as they were more than 50 years ago. Some of the best restaurants for fish frys in the area include Club Charlies, Red Lion Pub, The Packing House and Kegel’s Inn.

Brats are sold in stadiums across the United States—but they are king in Wisconsin. A number of German immigrants who came to America settled in the area and brought the brat with them. The city of Sheboygan, about an hour north of Milwaukee, is regarded as a very important historical center for the brat in the U.S.

Bratwursts are typically grilled over charcoal on medium-low heat. Local experts may use the term “fry” to describe the cooking process, but they are still referring to grilling the brats.

You can find some delicious brats in Milwaukee at Milwaukee Brat House and The Vanguard. Or visit the deli at Usinger’s Famous Sausage to buy them and cook your brats at home. Of course, you can also try this Wisconsin classic at American Family Field while watching a Brewers baseball game!

Wisconsin is rumored to be home of the original hamburger, because Charlie Nagreen, also known as “Hamburger Charlie,” smashed meatballs between two pieces of bread at the Seymour Fair in 1885. Whether or not Wisconsin was actually the birthplace of the hamburger is irrelevant since it’s the butter burger that Milwaukee’s known for.

Kroll’s Hamburgers opened in Green Bay in 1936, offering butter on their burgers, but many credit Solly’s with making the dish wildly popular. Solly’s restaurant also opened in 1936, but it started as a coffee shop. Their focus then shifted to butter burgers, and it soon became Solly’s Grille.

Stop by Solly’s Grille for some delicious butter burgers or try this Wisconsin dish at Kopp’s Frozen Custard.

What foods is Wisconsin known for?

Wisconsin is known as “America’s Dairyland,” so some of their most popular foods include cheese curds and custard. Wisconsinites also enjoy brats, cream puffs and fish fries or fish boils.

Does Milwaukee have good food?

Milwaukee is home to a variety of delicious eats, including the iconic foods listed above. But you can also find fantastic culinary experiences all over the city, from pizza to empanadas to chili!

What is the most popular restaurant in Milwaukee?

Some of the top restaurants in Milwaukee include The Vanguard, Kopp’s Frozen Custard and Ardent.

Go out and eat!

These iconic Milwaukee foods are only the beginning of all the incredible eats you can find in the city. Whether you’re looking to sit down and munch on some tasty cheese curds, or enjoy a Sheboygan-style brat, Milwaukee is the place to be.

What do you think of our list of classic Milwaukee foods? Let us know your favorite Milwaukee eats and where to find them in the comments below.  If you’re thinking of moving here, check out 6 Reasons Why You’ll Love Living in Milwaukee.

Store Space is thrilled to be in Milwaukee, offering premium, affordable self-storage. (We’re also excited to try all the cheese curds in town!) If you’re ever in need of a storage unit, we have a storage facility in Milwaukee.

We care about Milwaukee!